I’m a terrible public speaker. I faked numerous stomach bugs, colds, pains and periods to get out of doing speeches at school – and now here I’ve gone and said yes to Talking In Front Of People.

Last year I was privileged to be published in Headlands, a book of essays by New Zealanders about living with anxiety. I wrote about it a few times, most specifically here.

When the book’s editor, Naomi Arnold, asked me about doing a Headlands event in June, I went “sure!” because June sounded very far away and because this seemed like the thought of thing I should say yes to. I’ve been trying to live my best Brene Brown life and say “yes!” to more things.

Obviously, it is now late June and I have catastrophic regrets – but I fully intend to do this. Even if I have to take a handful of benzodiazepines beforehand.

If you’re local, I’d love to see you there, and if you’re not, maybe send some good vibes my way on Thursday evening, when I’ll be trying not to make a massive dork of myself (kinda hard, given that’s my natural state).

Many thanks to Volume for hosting, Naomi for being a fantastic friend and editor, and VUP for publishing us. 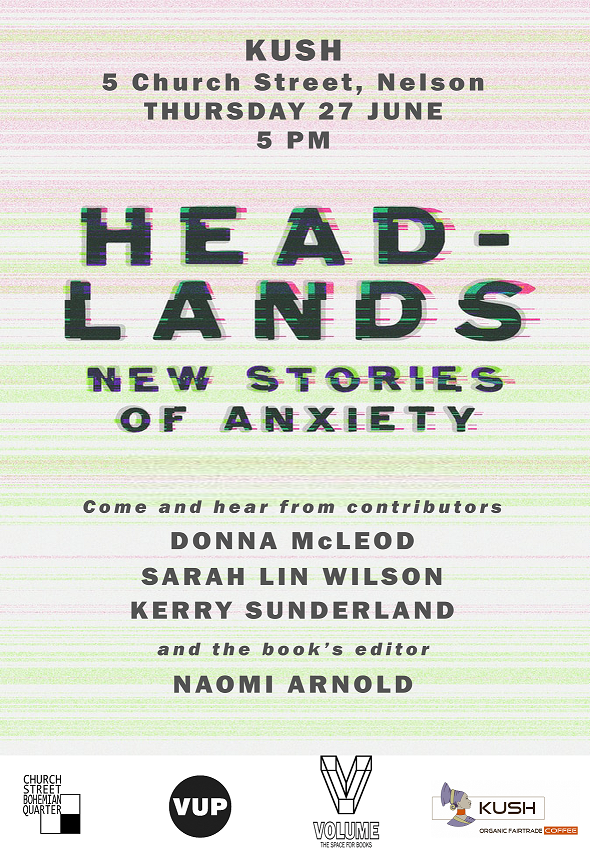