Inclusivity  shouldn’t just be a buzzword, and it shouldn’t be put in the ‘too hard’ basket. It’s neither of those things – what it is is opportunity, for everyone involved. I think I’m an excellent example of that.

At the beginning of 2012 I was living in Wellington, working long hours and feeling dissatisfied and directionless. I decided I needed a change of pace. And so I started researching the possibility of moving home to Nelson – just for a while…

I did some research and approached a couple of marketing/PR companies. Etc Communications, owned by Emma Thompson, caught my eye. I gave Emma a ring and she said sure, she’d meet me for coffee.

I showed up with a binder of portfolio work, references and plans, and Emma looked looked surprised, then curious, then thoughtful. We talked for a long time.

I got an email a few days later. “I’ve been thinking,” Emma said. “If you can get here, I think we can find work for you.”

That was enough for me. With a protesting Carina in tow, I packed my bags and got on a plane. I expected it’d be six months, twelve tops, before I was ready to hop a flight back again. Best laid plans, and all that. 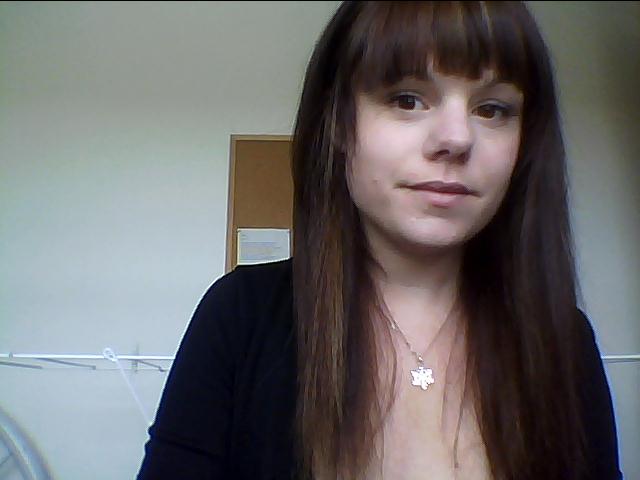 Just after the move

Before I started to get ill, I had about six months working with Emma. It was a huge eye-opener, and I remember those months as some of the happiest of my life. Going from working in large amorphous government departments where every decision involved layers of bureaucracy, to an office with three desks was the biggest learning curve.  Where were all my systems and processes? Where was the safety net between me and the clients, or me and the client’s customers? There wasn’t one, which was scary and so, so freeing. I was encouraged to be creative. I was encouraged to take risks – calculated ones, but risks all the same.

When I started getting ill, in July of 2012 (I suspect that, given how hard I had worked the two years prior, it probably began sooner, but that’s when the final catalyst happened), Emma supported me. She gave me weeks of sick leave, even though I’m pretty sure I was still a contractor at that point and therefore wasn’t owed anything. Being both proud and stupid, I hid the worst of my symptoms, so when she came to visit me in hospital after my collapse in March 2013, she looked… horrified.

I was in quarantine at that point, so she perched on a chair by the door. I couldn’t sit up but I could turn my head and whisper idiotic apologies. I remember her telling me not to work. She was very familiar by then with my Protestant work ethic and was right to attempt to stop it. Within a few days, I was answering phone calls pretending to be at the office. I still struggle terribly with saying no.

In the weeks and eventually months following, when I went from being convinced that I just needed a few more days off work, to realising something was seriously wrong with me, Emma never stopped supporting me. If I felt well enough, she gave me a little bit of work, if I didn’t, she asked for nothing. I don’t think she actually needed me to do anything at all, but she knew I needed her. I needed to feel connected to the world, and to the identity rooted in my work.

By late 2013 I had to say goodbye to that completely. It was incredibly painful. I felt that I was letting myself, Emma, and our clients down. I didn’t know who I was anymore. I began to identify as simply “sick,” because that was what all I could do, was what I experienced 24 hours a day. 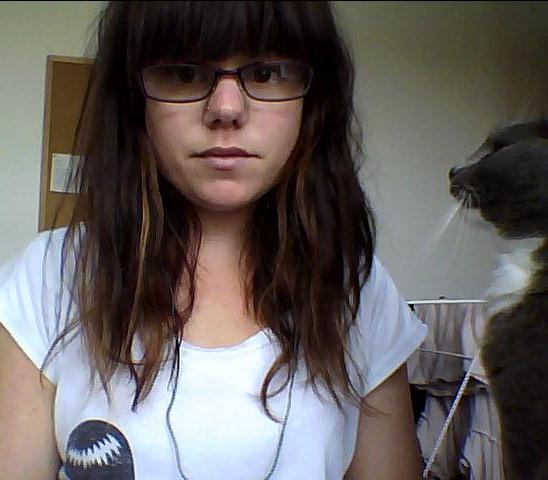 Since then, I have tried many many many things to try and get well. I got my diagnosis, I started the blog, I tried to focus on myself. I took a vast array of different meds, I took yoga, I took my time.

In the past couple of years I’ve been able to very slowly ramp up my workload. My illness is unpredictable so regular employment isn’t possible for me yet. But I was starting to do more freelance work, and I was starting to really, really miss having an office.

So, a few months ago I put out a plea on Facebook. It went something like “Hey pals, working at home sucks. I’m isolated and it’s hard to stay motivated or feel connected. Does anyone have any ideas?”

Clearly I couldn’t afford to rent a space on my own, especially since I didn’t know how much I’d even be able to be there.

She responded to my post, with something along the lines of “I told you you were always welcome here, you ninny.” (In the kindest of tones!).

So, I started working in Emma’s new office one day a week, for a couple of hours at a time. Initially, she was just providing a space for me to work on my own freelance writing, and so that I could feel like an actual human again. I chose to go in on Fridays and getting up and having a reason to dress Business Time was hugely exciting for me.

I already suspected that being in the office would be almost unbearable for the side of me that always wants to volunteer for everything even when it’s a risk, and that, sooner or later, I’d be putting my hand up to do “just a few bits and bobs. Nothing really, just some editing. Just a bit of writing. Just a bit of looking at this strategic comms plan and maybe having some input. Just a bit of coming on board with just this one campaign- ” Yeah, you can see where this is going. Now, I’m there a couple hours, 3-4 days a week. It is so, so fulfilling. Like rediscovering myself, only myself has become better.

And Emma has been incredible through all of it. I am sure there has been and will be times where she’s concerned about relying on someone who is, out of my own control, fundamentally unreliable. But that’s not how she makes me feel. She consistently checks in with me about my workflow and will remind me it’s ok to say no. She lets me come and go as I can manage and she makes sure I know she values everything I do.

A few weeks ago I was traveling with her to see a client and reminiscing about the good old days. I lamented how much I’ve missed, by not being there throughout the growth of the business – like ‘arrested career development.’ But Emma – who is both pragmatic and positive – reminded me I’ve gained loads of useful experience in the past few years. She pointed out my ability to find flaws and risks that other people don’t necessarily see. It was no accident that the client we were on the way to see was someone I could bring unique value for. Emma has a way of doing that – discovering people’s strengths, and working to them. It means we all value each other, and work better as a team because of it.

I’m not saying it’s easy for every boss to be like this, or for every person to look for a boss like this. I’m not sure that anyone would be willing to take a risk on me now if I didn’t already have a proven track record of doing good work. Emma’s been part of that record. She knows she can trust me to do my best and to let her know if I can’t.

I’m also not saying inclusivity in the workplace is easy. There’s various levels of challenge and opportunity depending on the employer, the individuals involved, the type of work, the nature of the diversity. But an opportunity is what it is.

By keeping marginalised people out of the workforce, you’re not only furthering their marginilsation – you’re losing out on everything they have to offer. People should be appreciated for the unique experience and insight they bring to the table. I want to be employed because of my diverse background, not in spite of it.

Ok, this is getting long and Emma’s probably going to kill me for writing it. (A few weeks ago the team pitched in and bought her some thank you gifts for being an awesome boss, and she unwrapped them with teary eyes and then said “Right, well, um, haven’t I given you enough to work to do? Get outta here you lot!” and we all laughed.)

TL;DR (internet slang for :Too Long; Didn’t Read, this is the summarising conclusion):

And that is the most compelling argument I could make for something beneficial existing anywhere inside of capitalism. 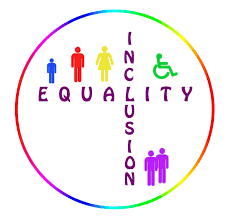