Let’s get comfortable, friends. I’m about to share all of my scandalous secrets – actually, no, sorry, that’s a lie. Lesson the first: lingerie is only scandalous if you want it to be…

I love lingerie. I’m a collector, a fan, an addict. Lace, silk, satin, nylon – if I had the money, I’d call it a problem. Forget walk-in closets, I know someone who built a cabin out the back of her house for her lingerie collection. Meanwhile I just scroll designers and models on Instagram and sob quietly.

This has been a surprisingly difficult piece to write – not because I had nothing to say – it’s the complete opposite. I could put the population of a small country to sleep with my expansive thoughts on underwear and feminism and my obsession with lace applique. In order to avoid such a snoozefest, I edited and fucked about and edited until I accepted I couldn’t fit everything into one post. Thus, welcome to Confessions of a Lingerie Addict – Part One.

UNDERWEAR IS A FEMINIST ISSUE.

Well, duh. Not exactly blowing minds with that revelation, but I wanted to be clear this is not just about my chance to bang on about my fave hobby. I want to be part of the discussion on the creation, modeling, marketing and wearing of lingerie, and I want to be clear about the intersections between the industry and multiple modern feminist movements.

For that reason, it’s important to start in the past.

Last night this image popped up on Facebook, from a “nostalgia” group. Don’t get me wrong, I am extremely into vintage everything, but the word nostalgia is very loaded. It’s easy to remember things as being better than they actually were – and this is a prime example. Ugh, there’s a lot to unpack there, but I focused on lingerie in my response:

‘These women are all almost certainly wearing the uncomfortable, restrictive underwear that was popular at the time – namely girdles, and bras with heavy underwire to create that distinctive shape. They’re also perfectly styled in modest but flattering clothing, blow waves and make up. They look gorgeous, sure. They also look uncomfortable.
Western women today have so much more freedom and choice, and we have feminism to thank for that. We also have lingerie designers to thank. Not all lingerie is comfortable (or intended to be), but it is actually possible to breathe in our underwear.
To sum up: women are fantastic, no matter what they’re wearing, and lingerie designers are vastly talented and underrated.’

On that note, let’s get to the good stuff.

LINGERIE ISN’T A SYNONYM FOR SEX

Talking about lingerie is still taboo in many ways and spaces. There’s two related reasons for that. The first is that, for most people, there’s an automatic equation between lingerie and sex. The second is that it’s seen as a woman’s thing, and like everything else women have done throughout history, it should be taken care of quietly and behind closed doors. 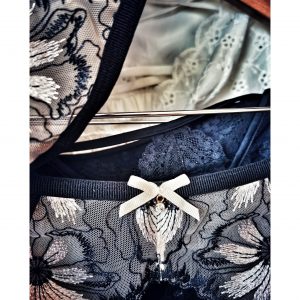 While there’s been a huge push for open conversation around topics like body positivity and female empowerment, the old school is still very much in charge. This is the type of oppression that leads to things like 80% of women wearing the wrong sized bra. Things like people never exploring what they actually like wearing – how it feels, how it looks – just for them. Lingerie does not have to be about anyone but the wearer. This is the type of oppression that reigned when women wore corsets that literally kept us weak, breathless, restrained, and sick.

The relationship between sex and women’s under garments has a long and complex history, of which I am definitely no expert. But the conscious decoupling of the two is vital to breaking down the barriers to having these conversations.

I recently started adding a scattering of lingerie-related posts to my Insta. It took all of 5 seconds for the creepy messages to start. It was, quite frankly, depressing. A woman on the internet talking about underwear? Oh, I must definitely be after sexual attention from strangers, right? I mean, we can barely exist without online without being objectified, so obviously I got what I wanted.

No. What I want is to share my excitement about my hobby without it being an invitation to sexualise me. Nor do I want it to make others uncomfortable – and I kind of feel like that can only be the case when they associate pretty under garments with sex. Of course I respect boundaries – I know that my jam is my jam and it’s not for everyone. But if it makes you uncomfortable, it is worth examining why.

The lingerie industry is hardly faultless, of course. We went from corsets to the catwalk, with Victoria’s Secret angels leading the line up. Lingerie now is marketed under two main categories: sexy, and comfortable. These are actually – *gasp* – not mutually exclusive, nor are they at all indicative of the entire oeuvre of the term.

What do you picture when you hear the word lingerie?

I’m genuinely curious here. One thing I’m almost certain about is that most people have different reactions to ‘underwear’ than to ‘lingerie.’ That’s deliberate careful marketing, because they’re basically synonyms (though we’ll get into the ‘underwear as outerwear’ trend in Pt 2). 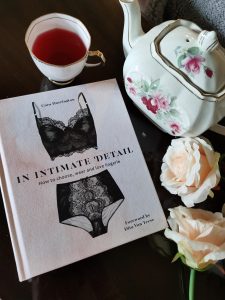 Wikipedia helpfully lists many of the garments that come under the lingerie umbrella, though it does miss a few more modern developments and slang.

I want to explain why it’s worth exploring, caring, and investing in underwear.

I’m going to answer the last question first because it’s the easiest. I’m not going to lie, lingerie does require research and money to ensure you get A) good quality, and B) the right fit. There are multiple international sizing ‘standards’ for underwear, but like many clothes, the brand, fabric, stretch, fastenings, even hormonal fluctuations can make a drastic difference to how lingerie will fit your body.

Don’t get me wrong, I’m not saying you have to spend hundreds – or thousands – to get the right thing for you. But I encourage you to do research, and wherever possible, try garments on. Which is not that easy when you live in New Zealand and we have a fairly limited range, though there are some great indie designers doing cool stuff, which I’ll get into in Part Two.

Lingerie is for everyone.

I would never claim that my viewpoint is the only right one – however my strong belief that lingerie is for everyone is at the heart of this piece. 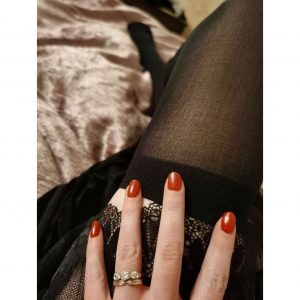 Exploring is fundamental to that. And it can be fun! One of the ways I’ve been able to build my collection and get a good idea of what I like is by bargain-hunting, which is also another hobby of mine. That’s meant combing clearance sales, recycled clothing stores, and yes, unfortunately, fast fashion. I’ve found pieces at Kmart and the Warehouse that are surprisingly good, as well as ASOS, Boohoo, Aliexpress etcetera. However, cheap often means the structural integrity is unreliable, the fit is off, the fabric is non-breathable and the product won’t last. Having said that, I’ve got some Aliexpress bralettes I have worn to death because they’re so comfortable.

(Please refrain from telling me how long you’ve had your underwear for. I know, I know, you do you, but I find it kind of heart-breaking when people tell me they’ve been wearing the same bra and panties for five years, the colour and elastic long since left the building. To me, this is about self-love, and seriously, if there was a job where I could just help people shop for lingerie that’s right for them and makes them happy, I would be in heaven).

Again, this isn’t about spending the earth. I don’t have any Victoria’s Secret, Agent Provocateur or La Perla in my closet (sob). But I do have pieces I adore that make me feel beautiful – and powerful.

We’re smack bang in the middle of the movement for body positivity, inclusion and women’s empowerment, and this underpins everything I’m saying and feeling. Lingerie can be about others, but it should first and foremost be about the person wearing it. And wearing beautiful, comfortable underwear can be incredibly empowering. 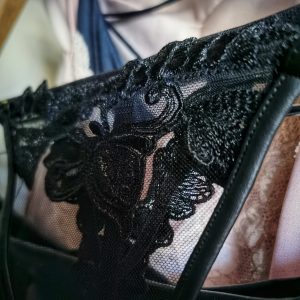 While it’s slow going, we’re seeing more representation in the major brands. Looking at the VS website now, I can see at least a tiny smattering of models above an NZ size 6, and a few people of colour. The majority however are still thin, white – and able-bodied as far as the eye can tell, which is a major issue all of its own. Lingerie accessibility is fundamental to why I care.

Bendon recently launched a rebranded line, Me. By Bendon, moving away from naming their collections after celebrities, and instead recognising that everyday women don’t look like supermodels, and their underwear should reflect their individuality. While I recognise the PR speak here, I think it’s a move in the right direction.

While first and second-wave feminists might have been all about metaphorically burning the bra, I think most of us now recognise that choice is the key. And we do in fact have more choice than ever.

And that’s where I’m going to leave you, today. Part Two will explore brand variety, local and international designers, and get a bit more personal about my own preferences. 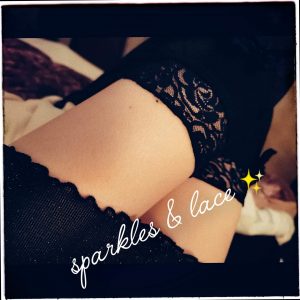 One Reply to “Confessions of a Lingerie Addict, Pt 1”