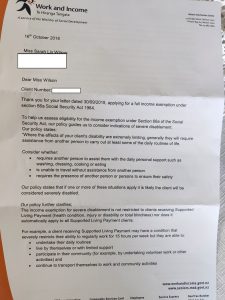 7 Replies to “The secret clause WINZ doesn’t talk about”