I promised myself I wouldn’t write this, for numerous reasons. My health – both physical and mental, is the primary one. In fact, I’m writing in pain and at sloth pace because both my wrists are in splints. But I just. can’t. help. myself.

The reason I can’t is because I’m feeling powerless, and the only way I know how to combat it is to write. Unfortunately, this shit makes that a very challenging task. 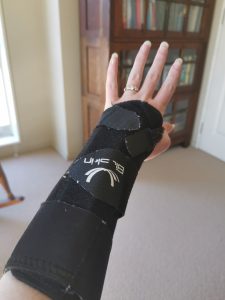 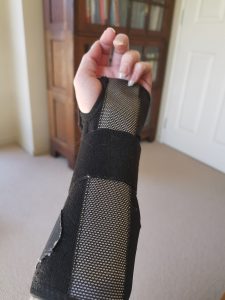 I don’t think I’m alone in feeling powerless, and it has little to do with my hobbled hands. Thinking globally, it’s pretty easy to feel ineffectual – against COVID, against climate change, against the political machinations of so-called superpowers – though at least we can be grateful for the final downfall of America’s Great Mistake.

Here at home, I think we’ve felt just the tiniest bit smug. Perhaps that’s unfair, or uncomfortable to admit, but I have witnessed our watching the pandemic play out elsewhere. This doesn’t mean we don’t have empathy. But while our lives go on, many others do not. The death toll rises. A friend in London has been in isolation for 266 days. It can be easy to become inoculated to reality when it’s not yours.

While most of us remain aware of our privilege, it does not mean we cannot criticise the status quo. As I wrote in my last post about the government’s choice not to raise benefits before Christmas, I felt afraid when I watched Jacinda Ardern’s acceptance speech on Election Night.

I certainly didn’t expect to feel that way. She’s a woman I look up to, a leader I’ve been proud of and grateful for, and her daily media briefings during lockdown were a source of comfort. I trusted her intelligence, her strength, and her repeated commitment to kindness. I still believe she was the best person to be our Prime Minister during that time.

But the smile she’s famous for is good at hiding things, and what I saw underneath was all steel when she announced that Labour governing alone meant they now had the mandate to push ahead with their plans – I wondered what those plans were. And what the price is for unchecked power.

Ardern constantly ruling things out and saying we can’t do anything effectively sends the message: give up. if the most powerful person in the country can’t make a difference, you may as well give up.

I think we’re beginning to see that price. It seems the word – the supposed manifesto – of our Prime Minister – is becoming just that. A word. And the more you repeat the word, the more meaningless it sounds.

I’m not a political expert by any stretch. (Then, neither are half the old white men writing in the paper and they don’t question their right to speak). But I pay attention, especially to the issues that matter to me most. And I’m sure it’s not just me that’s noticed a tidal shift in the government’s actions and communications since the election. We can’t put this down to new term jitters, or cabinet reshuffles, because the same people in the same portfolios are remaining problematic.

I was particularly disappointed to see Carmel Sepuloni appear again against Social Development, and Disability Issues. She’s had a very low bar to beat, considering the historic damage of that office. I’m not saying she’s anything like Paula Bennett. I couldn’t – because I don’t know. Her portfolio include my key areas of interest – along with Health, Housing, and Child Poverty Reduction

(It’s worth noting that both the Green Party and National promised a Minister for Mental Health if elected. When these two agree on something you know shit’s truly f*cked).

he reason I can’t compare Sepuloni to her to her predecessors is because she has done precisely one thing in her entire term that caught my attention. And, spoiler alert, it wasn’t enacting the recommendations made by the Welfare Expert Advisory Group to fix the broken system she’s supposedly overseeing – it was a political stunt during which she and Andrew Little used wheelchairs for a single day in parliament in an embarrassing demonstration of their commitment to understanding  accessibility issues.

It was breathtakingly tone deaf and achieved absolutely nothing.

Yesterday, the Child Poverty Action Group released a stocktake of the government’s action against the 42 recommendations made by the experts commissioned to advise the overhaul of our welfare system. They found that none of the 42 had been fully implemented.

CPAG says this is “unjustifiably slow.”

Nothing like launching an investigation into a broken system that’s destroying people’s lives (welfare, health, mental health, justice, and, now, food prices!) …and doing absolutely nothing.

But this government’s all about kindness, right?

Let’s review, before my hands give out completely. I want to go back to this tweet.

Ardern constantly ruling things out and saying we can’t do anything effectively sends the message: give up. if the most powerful person in the country can’t make a difference, you may as well give up.

So far, in a few short weeks, the Labour government has ruled out:

In addition, they are failing Maori by continuing to allow the actions of Oranga Tamariki, by stalling justice reforms, and for refusing to act on cannabis control despite an almost 50% Yes referendum and the knowledge that the current laws enforce and reinforce systemic racism. And much more besides.

So to the tweeter above, I say yes, it feels like we’re getting the message to give up. However, Jacinda Ardern is not the most powerful person in this country. She alone cannot render the other five million of us powerless. I refuse that, and every New Zealander I know refuses that. We are not powerless. We will not give up, even when we’re exhausted from fighting, even when we feel outweighed and overwhelmed, even when all we have as artillery is broken hands and words that feel too small to make any difference.

Please. Don’t give up.