So I’m at the sweaty, mostly inconsolable stage of Venlafaxine withdrawal, which I wrote this post about last week. I’ve been looking for ways to describe what it’s like. Last night I came across this. 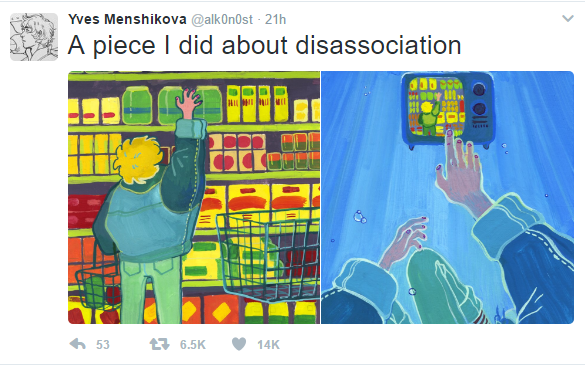 A piece of art by Yves Menshikova, published on their Twitter.

You can see by the number of retweets, faves and responses that I’m not the only one who was like: Holy shit. Relatable.

I’m a words person, most of the time. Usually, when I’m hunting for a way to express myself, or a way to understand my experience, I end up with words. At the moment, I don’t have many. Everything is a thick fog and it’s hard to tell what’s real. It’s like looking through clingfilm. Or binoculars backwards. Or up from the bottom of the sea…

Dissociation is a pretty common side effect of PTSD, medication, and medication withdrawal.

More pathological dissociation involves dissociative disorders, including dissociative fugue and depersonalization disorder with or without alterations in personal identity or sense of self. These alterations can include: a sense that self or the world is unreal (depersonalization and derealization); a loss of memory (amnesia); forgetting identity or assuming a new self (fugue); and fragmentation of identity or self into separate streams of consciousness (dissociative identity disorder, formerly termed multiple personality disorder) and complex post-traumatic stress disorder.

It’s kind of hard to see clear lines between what is dissociation, what is depersonalisation, and what is derealization. Basically, it’s all detachment.

And these images paints what I’m feeling so clearly. I’m underwater. Everything I try to reach is far away.

The artist also published them separately on their Tumblr, with the caption “no breath.” 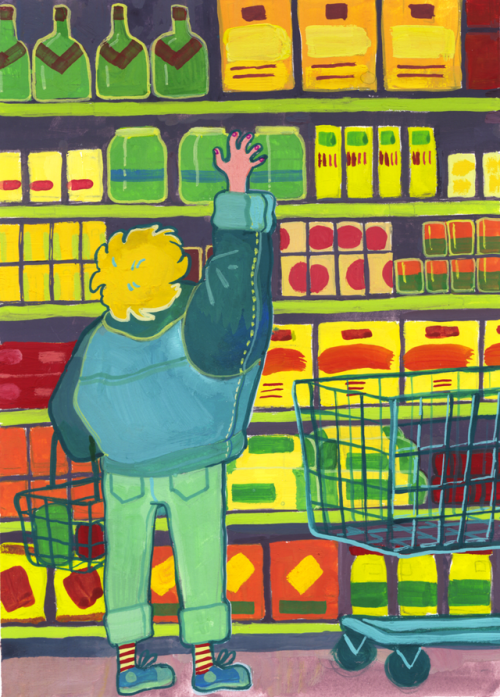 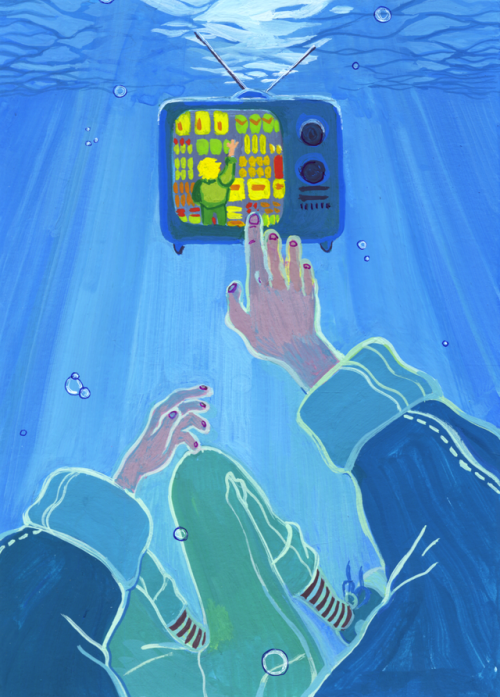 So. That’s about where I’m at.