I’m in the midst of yet another medication change. At this point it feels like it’s a constant state of flux – going on one thing, going off another, always trying to get the balance right. But antidepressant withdrawal is a whole other ballgame.

I’ve written about this before – What I wish I’d known about SSRIs – almost exactly three years ago. At that point, I was on my third or fourth antidepressant, and was coming off Sertraline. Nothing had ever worked for me, and Sertraline made me markedly worse.

Right now, I am attempting to come off Venlafaxine, an SNRI, which is known as one of the worst antidepressants in terms of withdrawal symptoms. They hit hard and fast, and for many people, it can take years of slow tapering in dose to get off.

A few days ago, I overheard someone talking with surprise about antidepressant withdrawal, saying that their doctor hadn’t warned 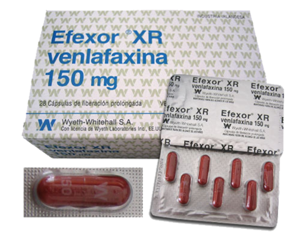 them about it. I was shocked that anyone didn’t know. I realise that’s unfair of me – it wasn’t knowledge that I inherently had of course, I learned the hard way like many people do. But it’s now second nature to google the fuck out of any drug I even consider taking, and to ask my doctor a million questions. I’m privileged to have a GP who will give me the time to do that, and who will be honest when he doesn’t know the answer and help me find out another way.

It’s nothing short of malpractice if doctors do not warn patients about withdrawals – or “discontinuation syndrome,” as they like to call it. I realise that in some cases, they mightn’t be wanting to scare people into not taking medication they needs, but ultimately, that decision is up to the patient. And they deserve to have all the information to make the right choice for them.

When I started this conversation on Twitter, lots of people responded saying their doctors hadn’t warned them about discontinuation syndrome, that Venlafaxine in particular had been utterly awful to withdraw from, and even that they hadn’t been warned about the addictive qualities of other drugs like benzodiazepines and sleeping pills (which I am incredulous about, because every medical professional I have dealt with (which is a lot) has been very strict about prescribing these).

It’s making me angry writing this – not a surprise, anger is a Venlafaxine withdrawal symptom. So are nausea, headaches, brain shocks, vertigo, dizziness, emotional volatility, insomnia, anxiety, panic attacks, depression, suicidal ideation… Sounds like a walk in the park, huh? That’s probably why a lot of people don’t succeed in coming off the drug the first time they attempt it, or, as I said, may take years to do so.

I’ve been tapering for about three months now. So; at least three months of all of the above. (Probably much more, because, as with every other antidepressant I’ve tried, Venlafaxine hasn’t worked). It’s funny (not) that so many of the symptoms you start taking an antidepressant for, occur as symptoms when you stop it. So even if you felt like you were well enough to stop the drug, you might not continue feeling that way when you attempt to stop.

This is probably not written in the kindest way possible. I’m not trying to be harsh or scare anyone. I’m just trying to be honest about my current experience. Yours may well be different – everyone responds to medications differently. It’s very hard to tell before you try. (Which is another reason the whole changing medication thing sucks, because it takes forever to come off one thing, go onto another, give it a long enough shot to see if it works, and then come off it again if it doesn’t. Rinse and repeat).

In that last post about antidepressant withdrawal, I noted all the same symptoms I’m currently having. I also was a bit more explicit about dosages and that sort of thing, which I honestly don’t have the wherewithal to do right now. Suffice to say, I have been tapering this drug very, very slowly, even to the point now where I am cutting open the smallest dose capsule you can get, and halving that. The most important thing from that post, I think, is the list I’ve included of Things To Do When Coming Off SSRIs. This obviously can apply to SNRIs and other ADs too. It includes things like doing lots of research, and making sure you have a support team around you, both of medical professionals and of friends. Forewarned is forearmed. Don’t expect to do this easily or alone. Do yourself the kindness of asking for and accepting help. You deserve that.

Final disclaimer: This is not meant to be a horror story. It’s just my experience. If you have questions about my specific medication history, I can try and field those. But everyone’s going to react differently. The main thing is going easy on yourself, whatever choices you make.