Yeah, I’m a slacktivist. I don’t go to protests. I don’t look at news sites. I rarely give money. And I haven’t even been writing. So where does that leave me?

If there’s one thing I’m really good at, it’s Feeling Bad About Stuff. At the top of that list is Stuff I Can’t Do.

Wikipedia says slacktivist is a “pejorative term that describes “feel-good” measures, in support of an issue or social cause, that have little physical or practical effect, other than to make the person doing it feel satisfied that they have contributed.”

“Slacktivism can be defined as the act of showing support for a cause but only truly being beneficial to the egos of people participating in this so-called activism. The acts tend to require minimal personal effort.”

The entry says that social media allows people  to express concern about issues with “nothing more than the click of a mouse, raising the question of what is actually being accomplished by these “likes” when very little thought or effort is required.”

I’ve asked myself the same thing. When I hit like or share, what am I achieving? I’ve stopped signing petitions, because there’s so many of them and I’m not convinced of their efficacy. I question the point of this blog – does it really help anyone? Or am I just shouting into the abyss? 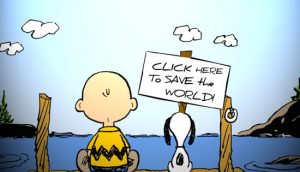 Unfortunately, the reality is, for me: this is all I’ve got. My health doesn’t enable me to do anything else. I’ve had to step down from my governance role with the local Women’s Centre because I was so exhausted I had to be helped from bed to the bathroom. When I’m laying facedown on the couch, sometimes all I can offer is the bare minimum, no matter how much guilt I might feel about that.

But there’s plenty of research on the connection between “modern activism and advocacy,” and concrete outcomes. Most community organisations I know have at the very least a small Facebook presence. It’s become vital in the ever-difficult fight for a shrinking pool of funding. With government taking a step back in vital areas like mental health, organisations are relying more and more on awareness-raising and word-of-mouth to stay afloat. Social media is key to facilitating that conversation. Even if you can’t give personally, you can act as a conduit. That’s just as important. 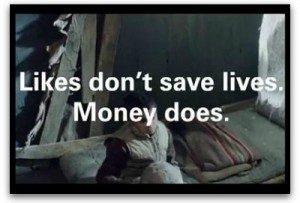 This all probably sound defensive, or an attempt to assuage my frustration about how little I can contribute. Maybe it’s both. Honestly, it just occurred to me that I fit the term, that kicked my Feeling Bad About Stuff I Can’t Do brain into action, and I started writing down some thoughts.

I guess what I’m saying is this. Before calling people out for what looks like ineffective slacktivist behaviour, take a step back. Ask yourself what you know about their circumstances. Maybe they’re physically or emotionally or financially incapable of making the steps you deem necessary to make a difference. Maybe they’re supporting causes in ways you can’t see. Or maybe they’re just kids who haven’t figured out who they are and what they stand for yet.

In any case, I believe what we currently consider to be slacktivism has capabilities and power we have yet to really discover. I can at least comfort myself with that.