I’ve been a fan of Laurie Penney for a while, but she just continually outdoes herself. Her recent column, ‘Life-Hacks of the Poor and Aimless: On negotiating the false idols of neoliberal self-care’ is blowing my brain. In the wake of reading Sick Woman Theory, I am being really challenged in the way I think about self-care.

I usually avoid articles that use a lot of “I’m attempting to sound way more intelligent than I actually am” filler words like neoliberalism and ideology. I don’t have the energy, my brain doesn’t process bullshit, and honestly most of my reading material leans way further towards the “sexy romp” (ok, it’s just porn with elegance and plot) genre than I care to admit. I’ve had Penney’s book, along with Amy Poehler’s, sitting on my Kobo for months. I could blame the brain fog and exhaustion of my illness, but really, in this case I’m being deliberately avoidant. I spend a lot of time thinking about the horrors of the world. I spend a fair amount writing about them. When I crawl into bed, I just want a goddamn break. 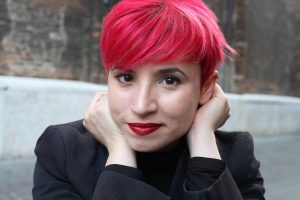 But Laurie Penney doesn’t have to try to sound intelligent, because she bloody well is.  And luckily for me, a friend shared the link for Life-Hacks of the Poor and Aimless first thing in the morning, when my brain was working just enough to make the words into coherent sentences.

I started reading while laying down, and by the end of the column I was sitting up in bed, leaning over my phone, mouth open, fish-eyed expression plastered across my face.

It’s kind of hard to express how much this article means to me without literally going through line by line. But it starts like this:

“Late capitalism is like your love life: it looks a lot less bleak through an Instagram filter. The slow collapse of the social contract is the backdrop for a modern mania for clean eating, healthy living, personal productivity, and “radical self-love”—the insistence that, in spite of all evidence to the contrary, we can achieve a meaningful existence by maintaining a positive outlook, following our bliss, and doing a few hamstring stretches as the planet burns. The more frightening the economic outlook and the more floodwaters rise, the more the public conversation is turning toward individual fulfillment as if in a desperate attempt to make us feel like we still have some control over our lives.”

Penney goes on to explain how the “wellbeing idiology” has infiltrated every aspect of our lives. It’s perpetuated by us – but it doesn’t serve us. It serves those above us. It serves capitalism and right-wing politics.

She refers to unemployed people in Britain being “encouraged to treat their “psychological resistance” to work by way of obligatory courses that encouraged them to adopt a jollier attitude toward their own immiseration. They were harangued with motivational text messages telling them to “smile at life” and that “success is the only option.”

Now, where have I seen messages like that before? Oh yeah. On the walls at Work and Income New Zealand. 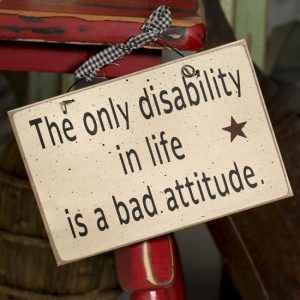 Self-care is hard for me to do. I have a voice in my head that tells me I am being lazy and selfish, and my situation is my own fault – one that can be changed if only I work harder. And Penney says “The isolating ideology of wellness… persuades all us that if we are sick, sad, and exhausted, the problem isn’t one of economics. There is no structural imbalance, according to this view—there is only individual maladaption, requiring an individual response.”

One of the best things about this article is Penney’s intersectional approach to the political issues.

“Some of the left critique of self-care as a neoliberal conspiracy has to do with dismissing the work that women and queer people do to survive. “I have heard feminism be dismissed as a form of self-indulgence,” writes Professor Sara Ahmed of Goldsmiths, University of London. So have I. I’ve heard men on the left write off anti-sexist, anti-racist politics as hopelessly individualistic, whilst also refusing to do the basic work of self-care and mutual care that keeps hope alive and health possible, because that work is women’s work, undignified in comparison to watching your life fall apart while you wait for the revolution or for some girl to pick up the pieces, whichever comes first.

The left has a special talent for counterproductive, theory-enabled wallowing.”

I identify strongly with a lot of this, though I had to parse those paragraphs several times to get the deeper meaning. And I had to curb my petty defensiveness that rises at any critique of “the left.” But this is more than that. And although people protest all the time against a “division of the left,” I think that’s ridiculous. Not all people with leftist politics are going to think and feel the same way. Many people who call themselves leftists are people I have zero wish to associate with. (They often do theory-enabled wallowing).

“The broader left could learn a great deal from the queer community, which has long taken the attitude that caring for oneself and one’s friends in a world of prejudice is not an optional part of the struggle—in many ways, it is the struggle. Writer and trans icon Kate Bornstein’s rule number one is “Do whatever it takes to make your life more worth living. Just don’t be mean.” It’s more than likely that one of the reasons that the trans and queer communities continue to make such gains in culture, despite a violent backlash, is the broad recognition that self-care, mutual aid, and gentle support can be tools of resistance, too.”

Under the discussion of self care, Penney admits that she has, in fact, been doing yoga, and has found much support and relief in her practice. Again, I identify. Yoga does not fix everything, and I strongly suggest – in fact I order – that you don’t encourage ill or disabled people to do it. For me, it’s been both a mental and physical lifesaver. But it’s not an answer on its own.

“Downward-facing dog is not a radical position.”

As I said, I struggle to do self-care. I’m not even sure what it is half the time. I’m not sure how to find the balance between allowing myself to stay in bed six days in row, and forcing myself to face up to the hard shit that just comes with living. What is the difference between taking care of yourself, and just running away? My family motto – I’m not even kidding – is “Never, ever, ever give up.” That’s what I was taught. But am I allowed to “give up” when I’m making myself sick?

Penney says that “The harder, duller work of self-care is about the everyday, impossible effort of getting up and getting through your life in a world that would prefer you cowed and compliant. A world whose abusive logic wants you to see no structural problems, but only problems with yourself, or with those more marginalized and vulnerable than you are. Real love, the kind that soothes and lasts, is not a feeling, but a verb, an action. It’s about what you do for another person over the course of days and weeks and years, the work put in to care and cathexis. That’s the kind of love we’re terribly bad at giving ourselves, especially on the left.”

At this point, this post is basically just a repost of Penney, and I’m sorry, but she’s so goddamn smart. Maybe I should have just said “go read this thing,” and left it at that.

So I’ll finish now on the same paragraph she did, with a quote from another woman I adore, Audre Lorde. For me, the line between wallowing or running away, and self-care, remains indistinct, but having read this, I’m a step closer to an answer.

The ideology of wellbeing may be exploitative, and the tendency of the left to fetishize despair is understandable, but it is not acceptable—and if we waste energy hating ourselves, nothing’s ever going to change. If hope is too hard to manage, the least we can do is take basic care of ourselves. On my greyest days, I remind myself of the words of the poet and activist Audre Lorde, who knew a thing or two about survival in an inhuman world, and wrote that self care “is not self-indulgence—it is self-preservation, and that is an act of political warfare.”