The election delay means there’s the chance for more education around both referendums. The pandemic has understandably sapped public attention – but the outcome of these votes also define our future. We should know the facts.

Do you support the proposed Cannabis Legalisation and Control Bill?

Before you answer – have you looked at it? Do you understand what your vote will mean?

I’m not asking you to read the whole thing, but there’s clear info at referendums.govt.nz, including a summary of the main points. Even Wikipedia has a really good explanation.

If you want all the stats on use, criminalisation, health outcomes, and impacts on current law, the NZ Drug Foundation should be your first stop. 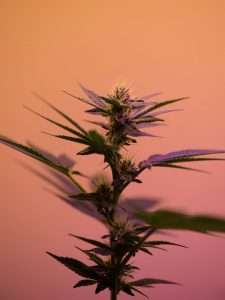 There’s some major things to understand: what a Yes vote means, the difference between this and the Medicinal Cannabis legislation, and the fact that the outcome of the referendum is ‘non-binding’ – which means that even if the Yes count is over 50%, the government will still have to vote on the Bill themselves. No one can go out and buy weed the next day (well, you can, but it’ll still be illegal). How the Bill goes will depend on a few things, like who’s in power. We already know where most of those people stand.

Here’s how the Bill is described on the Referendums site:

The summary goes on to explain how the Bill would do these things. And it’s damn comprehensive. It answers every single question and complaint I’ve heard ‘No’ voters express. Which tells me they don’t know what they’re voting on, and that’s pretty scary.

EXAMPLE: You still won’t be allowed to work or drive if you’re stoned, for crying out loud.

As I said, I don’t blame people for not reading the entire proposed legislation, but it seems so many have missed the basic tenets of it – and the second word: Control.

We know people use cannabis anyway. If the Bill passes, that use will be regulated, which will have untold socio-economic and health benefits. I really hate to use the “Economy!” argument, because health and social safety are so much more important, but seriously: 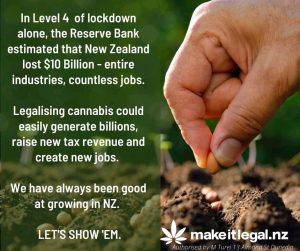 RNZ reported that work by the NZ Institute of Economic Research (NZIER) showed a legal cannabis industry could raise about $490 million per year in tax, including GST.

I mean, correct me if I’m wrong, but it kinda seems like we could use a new primary industry right now. It kinda seems like we need export products to fill the hole COVID has created in the government’s coffers, we need to reduce the environmental impact of dairy and meat production, we need jobs, and we need the revenue.

The current legal treatment of cannabis growers and users ignores these facts. It ties up the court system and wastes valuable resources: every year cannabis prohibition costs the country close to $200 million to enforce – if only we had a way to get that tax back… (sigh emoji).

The current legal treatment is biased against minorities and marginalised groups, and overtly racist.

Māori are targeted by Police more under our drug law and are 3 times more likely to get a cannabis conviction than non-Māori with the same level of cannabis use. Legalisation will mean fewer Māori encountering the criminal justice system and fewer trapped in endless cycles of reconviction.

The current legal treatment refuses to recognise that the claimed levels of harm caused by cannabis are grossly exaggerated and have been researched and debunked in other countries.

But hey, don’t believe me – why not have the quickest of squizzes at what the Office of the Prime Minister’s Chief Science Advisor says? They’ve analysed ~tHe EvIdEnCe~ to provide balanced information from trusted sources.

Ok, so all that covered, let’s get it clear again: the Cannabis Legalisation and Control Bill is about recreational use. It’s not related to the Medicinal Cannabis Scheme which is currently establishing the framework for research, cultivation, and provision of accessible cannabis for medicinal purposes.

However: that process is taking a long time – two and a half years and counting. Meanwhile, people are in pain, and few can afford the exorbitant prices for CBD products – if they can get through the complex prescription process.

So, to my understanding, a Yes outcome would speed up that access via slightly different channels. And I support that fully.

The leading causes of medicinal use are chronic pain, depression, and anxiety, according to preliminary results from a study undertaken with Otago researcher Dr Geoff Noller. Noller says the conditions are comorbid, with 65% of respondents reporting mental health challenges, and almost 80% reporting a pain condition.

“When you have chronic pain, you frequently have anxiety and depression,” states Noller, surprising literally no one. Really, being in constant pain causes one to feel depressed??! Who knew?!!

Would I like access to something other than lists of prescription drugs? Yes. Yes I would. I want the research done, I want the industry regulated, I want [mainly marginalised] people to be safe from prosecution, I want proper investment and a better framework. I want NZ to take this opportunity.

Just… think about what your vote means, on the day. And not just for you. But for everyone, because we all stand to benefit in some way or another from a proper, regulated cannabis industry.