Minions. They are everywhere. They are inescapable. They are “screaming cornpops who are tearing apart society through middle aged mom memes.” 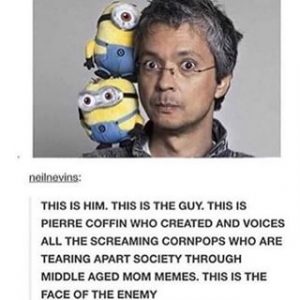 Pierre Coffin says he doesn’t care about minions being used for unrelated messages. “As long as it’s funny, I don’t mind. If it’s becoming racist and violent, that’s where the line is.”

Does this cross the line, then? 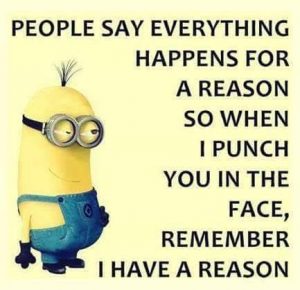 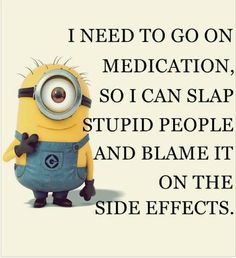 And speaking of racism: 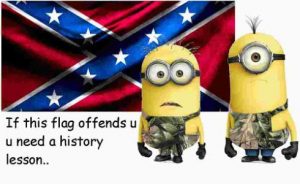 How about misogyny, Pierre? The minions are not the problem. They have been co-opted.

Their likeness has been stolen to legitimise bigoted opinions and frame violence as harmless fun.

They are “uniquely exploitable on the memescape. Their central core of mischief applies to many of the feelings that people like to vent through memes: anger, joke-y threats, the idea that whoever’s posting is smarter than everyone else around them.”

This is from this article on the Awl – How Minions Destroyed the Internet.

“Minions have been engineered to be everything and nothing at once. They are not sexual, but they can develop romantic interest. They are androgynous but have distinctly male names. Their language is a hodge-podge of others. Their bodies have both a slender skinniness and the curves of fatness. They all need corrective eyewear.

So, really, we know frustratingly little about Minions, but do note enough signifiers which trick us into believing they are substantial. They are paper-thin archetypes that we cast our own ideas, aspirations, and worries onto.

What I’m trying to say is: Minions are the perfect meme. As one popular Tumblr post refers to them, Minions are “SCREAMING CORNPOPS WHO ARE TEARING APART SOCIETY THROUGH MIDDLE AGED MOM MEMES.”

The screaming cornpops are a trojan horse for a scary amount of hatred and ignorance. And not only have “moms” (this bit I object to – I understand what the generalisation is trying to achieve, but it’s misogynistic and false) taken to it with full force, so has the marketing world.

There doesn’t seem to be any legal issues around using minion images. I’ve seen them promoting everything from condoms to drinking games to Fifty Shades of Grey. Correct me if I’m wrong, but I thought these things were for children?

Oh no wait. There’s a whole genre of “sexy minion costumes.” Of course there is. And if that wasn’t enough to convince you: 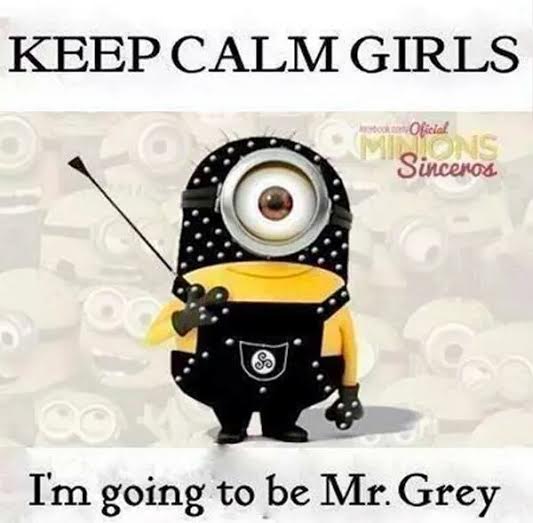 I find this deeply disturbing. Especially in light of my feelings about Fifty Shades. We’re not in Kansas anymore, Toto.

I’m confused. I’m horrified. I’m exhausted. But no one else seems to be.

The Minions Meme Generator has 33 thousand likes on Facebook.

I get how they’re lovable and funny. I watched the movies (Despicable Me 1 And 2) and I liked them. I liked the characters. I laughed.

I don’t get how they became a crawling plethora and a Get Out of Jail Free Card for threatening, sexual, sexist, racist and/or otherwise offensive slogans.

I wouldn’t call them the ‘death of the internet.’ But they are most definitely a plague.

One Reply to “Stop the screaming cornpops”