I write a lot to stupid things when I’ve taken zopiclone, which is a sleeping pill that makes me think I’m a creative genius when actually I’m an idiot

It’s weird that some of my most popular poems have been written in this state, and some that I’ve spent years on still fall short. It’s like a throwback to high school when you put heaps of effort into some exams and barely pass, and others you’d cram the night before and somehow ace it.

I performed a zopiclone poem for National Poetry Day a couple of years ago, which included the line; ‘cake. cake. cake.’ People thought it was hilarious, which was great because I would have been mortified if they took it seriously.

Not every one’s a winner. I vividly remember waking up after a night of frantic writing to fragments that were basically a bunch of bizarre metaphors about fridges. The other thing that might be obvious about zopiclone is it makes me hungry.

Anyway, earlier this year, Cliff Fell asked me to send him some poems for an installation for the Nelson Arts Festival. He needed them immediately, so I dropped a few things into a document and dashed it off, not thinking too much of it. 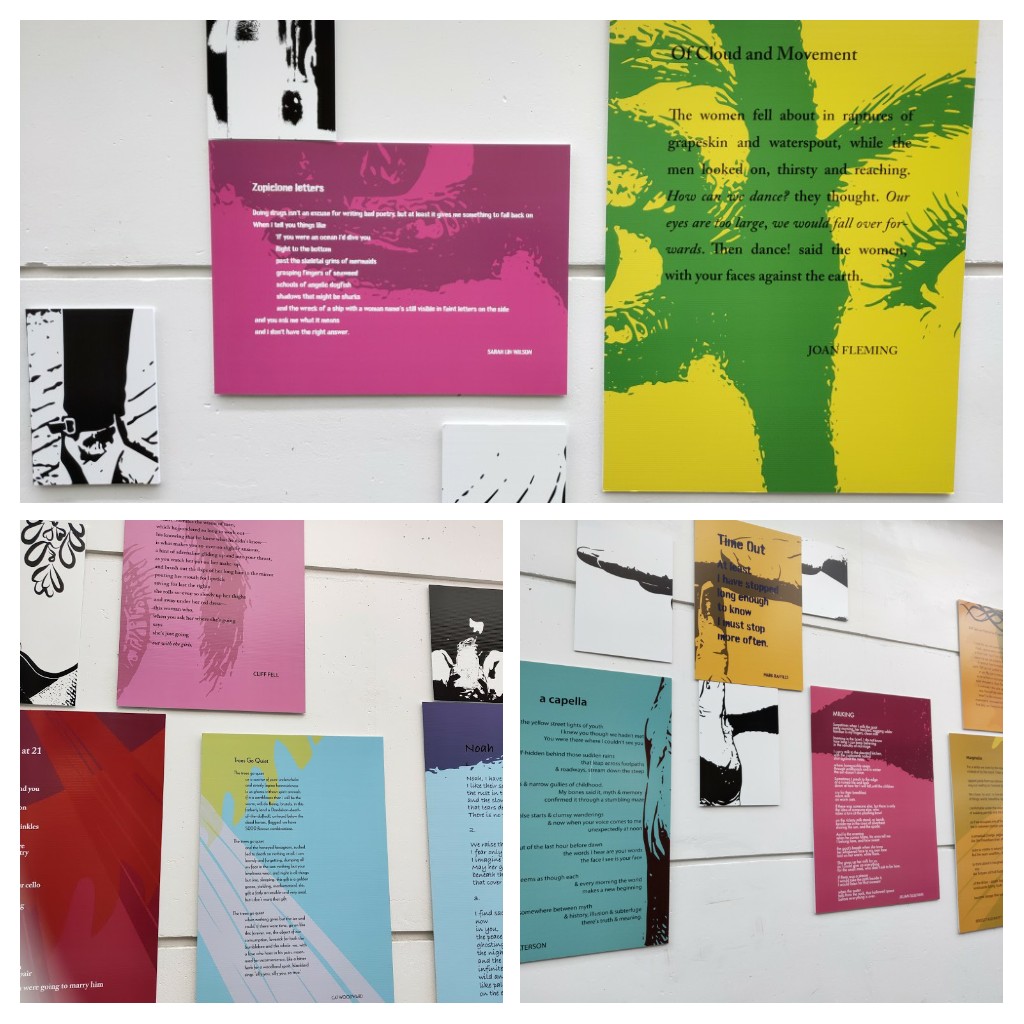 The poem haunted me. Every time I walked through Bank Lane – renamed Poetry Lane for the Festival – I averted my eyes. Imagine seeing something you wrote in a ridiculous fog at 3am and unthinkingly submitted as a kind of an inside joke on yourself, then blown up to five times the size of your face and pasted on a public wall. I considered that I should have my pen license taken away from me for reckless endangerment of the already precarious public perception of poetry. (Please tell me other people remember pen licenses??)

After the Festival ended, the poem still stuck in the corners of my brain. I made peace with my drugged-up love metaphors splashed up on the wall, but I couldn’t let go of the editorial errors. And I had only myself to blame.

That was when I had what I considered to be a *brilliant idea.* I emailed Cliff to request the digital file. Bearing in mind, I have absolutely no design skills whatsoever, so I don’t know how I thought I was going to somehow hack a PDF. I don’t know how to use MS Paint let alone Photoshop. Luckily, Cliff sent me in the direction of Cristina Rule, the NMIT Design student who created the works.

Cris. Was. Amazing. When I enquired about the file and explained my problem, she immediately offered to make the changes for me – and she stuck with me when it ended up requiring a couple rounds. I loathe asking women to do work for free, so my offering in return is this post. Here is her instagram, please look her up.

And here, finally, is the ridiculous poem with (hopefully) no more unintentional errors.