At first glance, this might sound like a horrible threat. But since the moment I heard it, it’s become a comforting mantra.

I hate having unread or unresponded-to emails. It makes me feel itchy in my brain. I can feel them, the numbers ticking upwards when I’m not watching, waiting in maniacal silence, ready to cause me heart failure the next time I open Gmail and see the long list of messages in bold.

Some people cope with this perfectly fine. They have badge counters on their email app and I catch sight of them sometimes, these big glaring numbers, and feel my throat close over. It’s like they just don’t see it, like a very specific kind of numeracy blindness. They seem supremely unbothered by the concept that there’s fifty people, out there in the world, waiting to hear from them. They open Facebook instead and go on with their day.

I imagine if you’re a very Busy and Important sort of a person, that this is your life. That this is something you’d just have to adapt to, because unless you’re Busy and Important enough to qualify for an assistant, there’s no way you’re ever going to get through every email. And you wouldn’t want to; it’s not the best use of your time. So you accept the fact that some things are just going to slip through the cracks.

A few years ago when I was studying poetry at the IIML with Hinemoana Baker, she opened her email in class while her laptop was connected to the projector, and I caught sight of her unread count and had a tiny coronary in the back of the classroom. I wrote this poem which later made it into my portfolio. (The marker didn’t like it. She said it felt unfinished. #irony).

I appreciate your aesthetic

but your inbox has 542 unread emails.

Last week I was on a plane, listening to an episode of The Guilty Feminist podcast, in which they discussed work-life balance.

Initially when I started listening, I really wasn’t, because I was like; well I don’t have a “proper” job with “proper” hours, therefore how could I be fucking up work-life balance, because technically I’m always working any- oh. Yes. Right. This was when I heard the phrase “You are going to die with unread emails,” which is a lovely thing to hear when you’re hurtling through the air miles above the earth in a tiny metal tube. Nevertheless, the more I thought about it, the more I liked it.

I’ve known for a long time that I have an extreme problem with being able to shut off and relax – as in, I can almost never do it. I often think of the episode of Queer Eye where Jonathan is shaving someone who’s worried about being shaved, and he laughs “I can tell how relaxed you are!” and the camera pans down where the guy is laying back in the hairdressing chair to show his legs and feet are sticking out ramrod straight. It’s hilarious, but also, he didn’t even know he was doing it – and that’s me. If I was a meerkat, I’d be the one on the rock – ramrod tall, eyes darting, on the lookout for danger. That’s me, pretty much every waking moment. 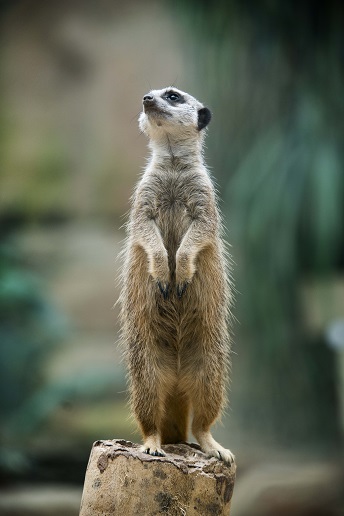 Being on edge like that isn’t particularly conducive to an enjoyable life. And smartphones have made it a billion times worse. Because before, even though I have a job that I can do anytime of the day or night – I didn’t have to. There was no expectation of immediate, or at least prompt response – not from clients, not from friends, and certainly not from random strangers who also think they’re worthy of my time. I’m not casting a moral judgement on anyone, I’m just looking at the ways in which we communicate, and the expectations that we have around that.

Say you use what’s considered the bare minimum of apps (for my generation, at the very least) – text message, email, Facebook, Twitter. Maybe Instagram and Snapchat. Maybe another messaging service like Whatsapp. That’s at least seven platforms through which people – clients, friends, and strangers alike – can contact you at any time. You can turn notifications off for any of these, and I certainly have. The only notifications I actually get are texts, Twitter, and Whatsapp, because I use these most to communicate with my family and friends. Everything else is set to leave me alone until I actually choose to access it. There’s no unread badges on anything.

Unfortunately, I’m also compulsive – so that doesn’t mean I don’t check things when I shouldn’t.

My brain really, really likes the look of my inbox when all my emails are read. Especially so if I’ve replied or otherwise actioned them. So what I like to do, after a great day of feeling like I’m on top of things, is check my email when I’m in bed.

What sort of psychopath am I?

I know what’s going to happen. I know I’m going to just have a tiny peek – and there it will be. Some absolute card-carrying grade A nimrod will have emailed me, and it will be the sort of email that needs a reply or an action, or at very least for me to feel outraged about it, and my whole lovely Feng Shui inbox will now be completely unbalanced, just like my mind. (Apologies to anyone who thinks they’re the nimrod, I’m sure it’s not you). (It’s probably my dad, he’s the worst).

This would literally make me fall over into the fetal position

In the same podcast that told me I was going to die with unread emails, they discussed a study that showed that the amount of dopamine in people’s brains when they see a baby’s face – a reaction which is hardwired in so we’ll protect them – was the exact same when they see their cellphone light up with a notification. I’m not surprised by this information, but I am terrified. Because what that of indicates is something else we already know, which is that phones are medically addictive.

So on the one hand, I’ve got my brain going “Don’t you dare look at those emails, don’t do it, we’re having a nice rest on the couch in the sun right now, there’s no reason to feel all Xena, Meerkat Princess, just relax your legs and put on the phone down,” and then on the other hand it’s going “Just a little look though, just to be on the safe side, just to check it’s all still in order and there’s nothing new or god forbid something you’ve missed. Just a wee little peek-”

You can guess which voice wins 95% of the time.

I’ve had some pretty difficult news to do with life and death recently, and, as these things do, it’s made me take closer note of how I’m leading my life every day, where my energy is going, and if what I’m doing is good for my soul or not.

Hopefully, that’s not going to happen any time soon. But, when I start panicking to the point of nausea about all the notifications I am never going to acknowledge, I remind myself: there is, for better or worse, no end to the To Do list. There is no everlasting Inbox Zero. Even when I’m gone, I’ll be getting emails from stores I went to once, alerts for flights I’ll never need, and spam from someone in China who wants me to attend their Marketing 100 Webinar. Not in this life, buddy, and not in the next.

It’s ok to turn off the notifications. It’s ok to not be on top of everything 100% of the time. And it’s ok to not reply to emails, even when it’s your dad.

And hey, the less responsive you are, the less everyone else has to be. Take one for the team: lower expectations.

I’m pretty sure we’ll all be grateful for it. 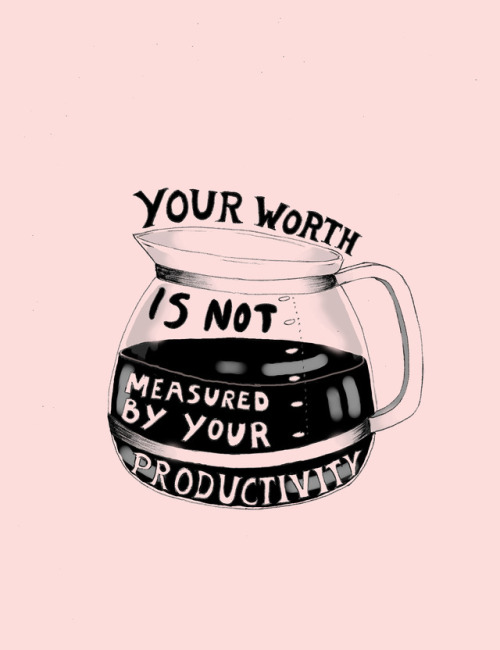