Like most people with a chronic illness, I am inundated with information and advice about my diet. Anything and everything has been offered to me as a/the “cure.” While that doesn’t exist, some food options are better than others. And I finally found someone who’s helping me navigate this minefield.

This certainly isn’t the first time I’ve had professional advice about my diet. I got it when I was in hospital, I got it from a bunch of doctors over the five years since, and I got it from a hospital dietitian several times as an outpatient.

I’ve had a lot of trouble with food. Some of this is physical – I react negatively to a variety of foods and 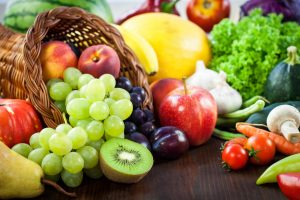 have had to restrict my diet because of that. Unfortunately, my brain also reacts negatively. I have a history of disordered eating as a result of lovely metaphorical voices that tell me I don’t deserve to eat, I’m overweight etc etc. From what other women have told me, these metaphorical voices are unhappily common, and rule far more decisions about our eating than they should.

The professional advice I’ve had has gone two ways: it either reinforced and encouraged my negative voices by telling me all of the things I shouldn’t eat; or it scared me by trying to force me into things like a ketogenic (high fat, low carb) diet. You can’t teach a girl for decades to avoid fats, and then expect her to jump into a vat of olive oil with both feet.

Then there’s the non-professional advice, generally unsolicited. This is usually something along the lines of “well I read that an all-raw diet-” or “my cousin’s aunt only eats after sundown on Fridays and she beat cancer.” This is hyperbole obviously but it’s not far from the truth. 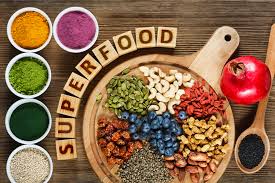 Then there’s the absolute glut of information on the internet. How am I supposed to know, while wading through Buzzfeed top ten lists, articles about the latest “superfood,” (superfoods don’t exist, by the way, they’re just foods with good nutritional value. It’s a marketing term invented to sell shit to people, and it works, doesn’t it?), and the websites of diet “gurus” who sound almost exactly like the cousin’s aunt person of above (I’m looking at you, that I Quit Sugar woman, and you, Libby Weaver.)

And finally, there’s the huge range of allergy “tests” you can do. I’ve done a bunch, ranging from what I’d consider scientific, right through to muscle and hair testing. Tip: if it’s being done by someone like a naturopath, rather than your GP, you may want to question the results a little more closely. I regret getting the hair test. It was expensive, it has little medical basis, and they sent me literally pages of things I was allergic to. I actually broke down crying, because once I took that list into account – there was bloody well nothing left. They don’t give you any information about what you can have. That’s very demoralizing for someone in my position.

I think I possibly sound a little bitter here, and I am. These people, these businesses and these websites prey on vulnerable people like me. People with little health and less money, who are desperate for help. So desperate they’ll do whatever crackpot diet is being recommended – and buy all the expensive supplements that go along with it.

I have spent hundreds – thousands, probably – on supplements over the past five years. I’m not saying that none of them worked – plenty have and do. I’m a fan. But there’s no arguing they are fucking expensive.

Which brings me to now. I needed help. I was exhausted by all the conflicting information – from doctors, from the dietitians, from other sufferers, from friends, from the internet – and I just wanted someone to tell me what the fuck I should eat.

I found her through Google. And I decided to take a gamble, because, as I said, I was desperate. I was very prepared for her to list off, again, all the things I shouldn’t eat. I was prepared for the same punitive approach I’d experienced everywhere else. Which is crazy. I’m not a misbehaving child. I don’t need to be told off. I just need to be told what I can do.

And that’s how it went down with Marion. First of all, she took into account my illness – she spoke with understanding about immune systems and inflammation. Secondly, she went through all of my medications and supplements, and again, she spoke with knowledge about what effect they’d be having and how I could offset that with food. Thirdly, she took into account how my exhaustion and my budget would affect my ability to buy and prepare meals.

By this point I was already feeling relief and a lot of confidence in her, which made it easier to go through my current diet and be honest about some of the eating habits I’m not necessarily proud of.

We then talked about what that menu was lacking, and what I needed to introduce more of. This began with things like foods with Omega 3s, which fight inflammation, and calcium, which is being depleted by my medication.

We designed a sample menu for a day, from breakfast through snacks through dinner, and dealing with my after tea sugar cravings.

“I’m not going to tell you not to eat chocolate,” she said, at which I almost wept with joy (anyone who knows me knows this is not an exaggeration). She advocated going for the fruit first, and then if I still felt like chocolate, having a bit. So, the old ‘everything in moderation’ thing.

The thing that struck me the most was that, when Marion left (oh also she visited me at home, to make things easier for me, which was amazing) – when she left, I had a long grocery list of things I could eat, and I was actually excited to go to the supermarket. I felt positive, not demoralized. I felt like this was a menu I could enjoy and stick with, rather than something punitive that I’d break within days.

What I’ve ended up with is something kind of similar to the Mediterranean Diet, with adjustments made to take into account my allergies and other issues with certain foods.

So, I’m four days in and things are going well. I’m happy with the changes I’m making, and I’ll have a follow-up appointment with Marion in a couple weeks.

If anyone has questions or wants her contact details (she does Skype appointments!), flick me a message and I’ll try to help.