I often tell people that being chronically sick is a fulltime job. Unfortunately, I’m not exaggerating. This is a demonstration of what I mean.

I wrote the following last Friday.

Today was a pretty ordinary day for me. I woke up exhausted after about ten hours of restless sleep. It sounds like heaps, but I don’t sleep well, and even when I have pretty good nights, it doesn’t make a whole lot of difference. Chronic fatigue isn’t solved by sleep.

My first appointment of the day is with my GP. I see him every couple of weeks, and I always have a list of questions as long as my arm.

There isn’t time to have a shower, because all the reaching up and leaning down and even just standing in there takes me a while. I’m very sloth-like and sore at this point in the day. Ok, at most points of the day, but Ankylosing Spondylitis loves to fuck with you in that, if you have a good sleep where you don’t move around too much, you get more sore. So I’m stiff and I’m fatigued and I’m looking at the day ahead with resignation.

So, first up is my GP. He’s been my GP since the very beginning of me getting sick, and he’s pretty damn invested in me getting well. Which is good, but often means long appointments where he explains a bunch of research he’s been doing into things like immune systems and gut flora and microbiomes, and I try very hard to follow, but my brain is so foggy from pain and fatigue I’m probably just nodding like one of those bobble dogs people have on the back seat of their car.

Today’s appointment is like that, along with asking for a bunch of repeat prescriptions, filling him in on 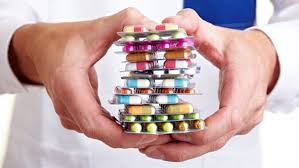 the appointment I had with my rheumatologist earlier in the week (the rheumatologist will write him about it too but he hasn’t got the letter yet), updating him on medication and dietary changes, and asking about some supplements I’d seen recommended by people in my Ankylosing Spondylitis Facebook group.

He was 45 minutes late to see me, because, as I said, he’s thorough, which I am really grateful for but can be a bit of double edged sword.

So my appointment takes another 45 minutes. And then I remembered I was due for my steroid and vitamin B12 injections, and I needed to see the nurse for those.

By this point I was late to my next appointment, so I’m going to have to double back for the injections after that.

Luckily, it’s not too far to go because I’m already fading.

Cue the biweekly appointment with my psychotherapist. Who knew – being chronically ill and having your life ripped out from under you can make you a bit depressed? (I’m sorry, I’m not trying to make light, I’m just keeping the tone up because otherwise this whole post will be really depressing).

To be clear: I was depressed before I got sick; I’ve had depression my whole life. But being unable to do the work I love, or have much of a social life, or, y’know, not be in the pain all the time, kinda takes it out of a girl. Plus, my current illnesses all stem back to a huge inflammatory event in my gut, and there’s a lot of research showing now that if your stomach and your gut flora are not right, neither will your neurochemistry be. And a lot of your serotonin is made in your gut. It’s pretty likely it’s not being made properly in mine. So, yeah, my chronic illnesses are inextricably linked to my depression.

After therapy I’m even more tired, because talking about emotional stuff is draining as hell. But I walk round the block to the pharmacy, where I pick up my repeat scripts and buy the eye-wateringly expensive supplements my GP has recommended.

Back to his office to have the nurse stick a couple needles in me. I don’t know if you’ve ever had either B12 or kenacourt injections, but they hurt. And I get them in my butt. So that’s a fun time.

Now I have to walk to the other end of town to hand some forms in to WINZ. I’m sure you know that’s the last place I want to be going. But I have to give them this form, otherwise a section of my benefit will be cut off. Just another part of being chronically ill or disabled – so many of us rely on unreliable welfare. I’m really lucky that I’m a young white woman, because the security guards let me through even though I don’t have an appointment. And I know for a fact that gender and ethnicity and just plain how you look plays a part in that.

After that mission, which never fails to make me feel a bit sick, I’m headed back towards the doctor’s office, this time to go to the MedLab. I have to get blood tests at least once a month, and at the moment it seems like it’s once a week. It’s mainly to do with making sure the medications they’re giving me to keep me alive aren’t actually fucking with my liver and kidneys and doing the opposite of keeping me alive. Upside-down-smiling-face-emoji.

Once I’ve seen the business end of my fourth needle of the day, I can finally go home. I’m lucky enough to live close, which makes it  possible for me to walk to all these appointments and places. I am so utterly glad for this tiny bit of independence. I have a car, but I’m still on my Learner licence, one of the reasons being I often feel either too tired or too medicated to safely drive. So unfortunately I don’t use it much. (One of my goals this year is to get my Restricted. I want it really badly). 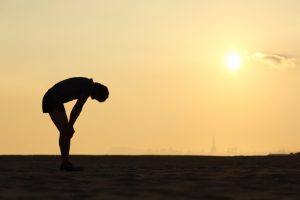 So, there you have it. I came home, after close to four hours of “Health Admin,” and stood at the kitchen bench peeling mandarins and shoving them in my mouth like a raccoon eating cereal (have you seen this? google it). It was probably kinda gross to watch. I was starving and so exhausted my legs felt about as useful as wobbly toothpicks.

And then I forced myself to sit down with my laptop and do some work, because hey, as those who love to hate beneficiaries seem happy to forget – I do actually have a job.

Not every day is like this, obviously. Some days I get to stay at home all day and it’s glorious. I’m terrible at making myself rest – absolutely my own worst enemy – but a day where I have the option is so good. Other Health Admin activities that take up my time and energy include yoga (twice a week), grocery shopping (ridiculously difficult: I’m allergic to everything and addicted to carbs and broke), researching treatments, talking online to other sufferers (I do this a lot), and making sure I take the right medication at the right time.

…Does anyone else feel tired?