I’m exhausted. I’m exhausted because I’m sick, because I did too much today, because the last two weeks have all caught up with me. And I have done nothing, nothing, in comparison to everything Metiria Turei has done.

I argued with myself about whether to write this. I’m so tired, and it feels so futile. But there’s one thing, on top of all the others, that I want to say. And that’s thank you.

Thank you, Metiria. For your bravery, for your commitment, for everything you have done leading up to and including this past fortnight. You did something I didn’t think it was possible. You put the conversation about poverty, about what it means to be a beneficiary, front and centre, and not only for one news cycle – no. You did it for weeks. That’s unheard of. 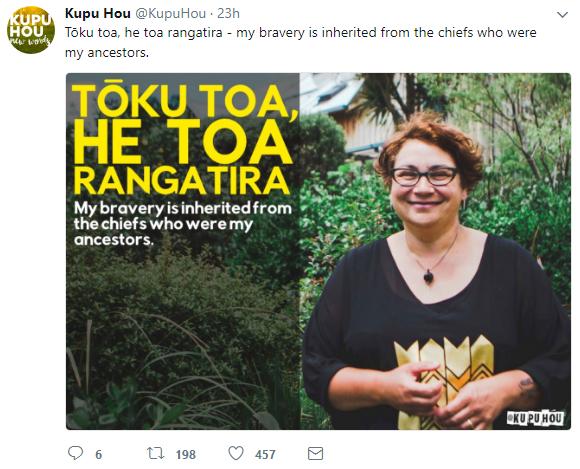 You gave voice to all of us who live this reality every single day. You gave space for our stories. Maybe, hopefully – god do I hope – you gave some people the opportunity to learn that the beliefs they have about welfare laws, and beneficiaries themselves, are wrong.

It’s unforgivable that you have had to resign because of this work. It makes me feel profoundly

disturbed about what that means for the interaction of politics, the media, and the public in New Zealand. This never should have been allowed to happen. It’s indefensible.

All I can hope for is that somehow, some of the things we’ve been saying have sunk in. That maybe ‘middle New Zealand,’ – those who are usually politically disengaged – have become engaged, ideally with our left parties. That people are educating themselves on what it’s actually like to be a beneficiary, what it means to live this life, and how policy actually directly effects that.

There’s no way this can’t be personal for me. I know all to well how the choices politicians – ie welfare reforms –  impact my ability to survive. I know all too well what some people think of me; of all beneficiaries. I feel deeply depressed that those prejudices have been proven to me so publicly.

I’ve been writing about this stuff si 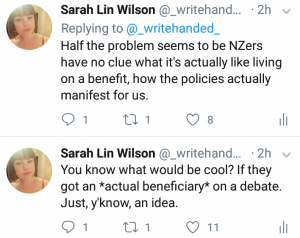 nce I got sick, something like five or sick years. There’s nothing new to say. I’d love to have the energy to go through every myth, to share every story of struggle and dehumanisation, to expose every ridiculous bit of policy and paperwork that I’ve had to deal with and continue to deal with every single week.

But I don’t. I am fatigued to my bones. I don’t have the physical or the emotional wherewithal to keep arguing, to keep fighting, to keep trying to share information with people who don’t even care. All they care about is their precious tax dollars. With every cry of “my taxdollars!” I am reminded of Smaug atop his mountain of bloody gold. It doesn’t belong to him, people who are starving and homeless are entitled to it and they only need a few dollars – but will he share? Hell to the fuck no, because he went out and murdered for that money, and so he thinks it belongs to him. Even though if he spread it around, it’d enable things like his golden hall being serviced and if he ever finds himself in need of a hospital or a school for his kids – nope. He doesn’t care. As long as no tiny percentage of that gold goes to someone who may, in his mind, not morally deserve it or have earned it by murdering people like he did.

I’m getting off topic.

If those many penny-pinchers are Smaug, Metiria therefore must be Bilbo. A hero who was never trying to be a hero, but a hero all the same. Arguably, she could also be Bard – responsible, eventually, for bringing down the dragon. I would very much like to see that happen.

And that is me, done. I’m so sorry, Metiria, that we didn’t do better by you. I hope there’s been lessons in all of this. I hope that you can go on doing the work that you need to do.

Please know, we appreciate it more than I can ever say.