The word ‘fraud’ calls to mind, for me, a nefarious character who is willingly and maliciously ripping off a system to the tune of thousands of dollars.

It does not call to mind a mother who is desperately trying to do everything they can to keep their family warm and fed.

It does not call to mind someone who is unwillingly lying about having earned a few extra dollars, so they can keep those dollars to fix their broken car, pay an overdue bill, or see a doctor.

It does not call to mind someone who has a girlfriend, but lives entirely financially and physically independently, and has no desire to become dependent.

And yet, in all of these examples, those people are committing fraud in the eyes of Work and Income.

Yesterday, the Green Party announced their ‘Mending the Safety Net’ policy, which features the following promises.

This is massive. This is the first policy I’ve seen that would have any real effect on my life. Increasing core benefits by 20 percent? That would actually bring them up to something almost livable. And increasing what people can earn? Also massive. At the moment, I can earn $80 a week. For anything above that, my benefit is docked by the equivalent dollar amount, seventy cents out of each dollar. So while I might be making money, I’m essentially going backwards financially. It doesn’t incentivise people to work. And it doesn’t incentivise people to declare what they earn to WINZ, which means they – you guessed it – are committing fraud. It’s a system that actually punishes you for working, which makes no sense, because that’s what the National government wants you to be doing.

Punishing people through benefit sanctions, cuts, and investigations has not worked. Rather than giving people ‘incentives’, it traps them in a cycle of poverty and puts children’s wellbeing at risk. Children suffer when the welfare system punishes their parents, and in the long term, so does society. It is never ok for the government to use poverty or the threat of poverty as a weapon.

According to the Greens, people who attempt to work part time while on a benefit lose 40% of their income after 5-8 hours of a work a week on minimum wage. They’re promising to raise the amount beneficiaries can earn before the abatement kicks in from $80 to $200, with 30 percent abatement for income between $2-400, and 70% only kicking in above $400.

That would encourage people to work more, because they’d be adding that money to their tiny benefit and maybe making a living wage – and it would mean that many people who don’t declare their full income at the moment (and who are committing fraud) – would be able to do so without losing most of their financial headway.

The policy also mentions benefit obligations and sanctions, something I have written – and despaired – about a lot. Things like how I have to provide a new medical certificate every three months, to show that my incurable illness hasn’t miraculously disappeared.

People should get the support they are entitled to without excessive obligations. Forcing people to repeatedly prove their disability prevents them from working causes significant hardship, as does cutting’s someone’s benefit because they miss an appointment. We will remove all the obligations and sanctions that create an excessive burden on beneficiaries.

Let’s go back to fraud. Green Party co-leader Metiria Turei made waves when she confessed, as part of her speech announcing the new policy, that she committed fraud herself when she was a single mother on a benefit. I have a lump in my throat even reading it, because her story is so familiar to so many people. She did what she did out of necessity, because she was desperate for the few extra bucks a week that it would take to keep her child safe and healthy.

What I have never told you before is the lie I had to tell to keep my financial life under control.

I was one of those women, who you hear people complain about on talkback radio.

Because despite all the help I was getting, I could not afford to live, study and keep my baby well without keeping a secret from WINZ.

Like many families who rely on a benefit, Piu and I moved around a lot when she was little.

We lived in five different flats with various people.

In three of those flats, I had extra flatmates, who paid rent, but I didn’t tell WINZ. I didn’t dare.

I knew that if I told the truth about how many people were living in the house my benefit would be cut.

And I knew that my baby and I could not get by on what was left.

This is what being on the benefit did to me – it made me poor and it made me lie.

Here’s some data, examples and anecdotes given to me of people committing benefit fraud. 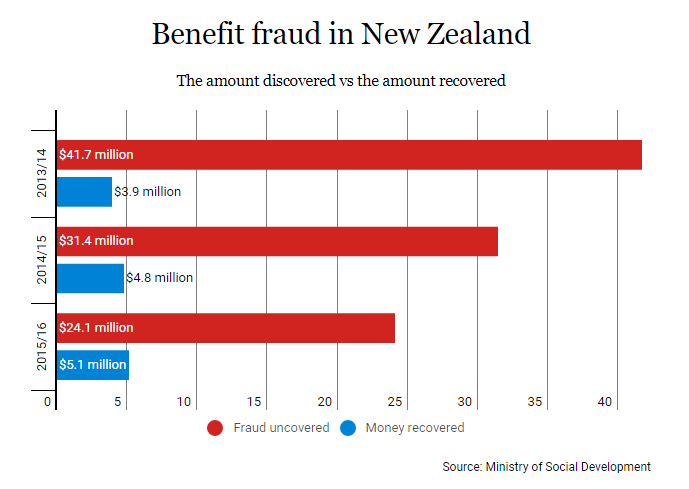 As promised, some other examples of benefit “fraud.”

“I’m in a committed long-term relationship with Josh, but we live in separate homes. We are financially independent of each other because *reasons* but I’m not allowed to apply for an accommodation supplement because we have sex with each other. I work 30 hours a week but need a tiny top-up to make sure I can take some extra leave without pay to make sure I can keep working. I don’t want to be a burden on Josh but I don’t want to be a burden on the tax payer if I burn out and get sicker. So $100 a fortnight would be such a relief. And it would still be less than half my rent.”

“I was told that if I helped my mum and she gave me some groceries as thanks, failing to declare them would be fraud.”

“Buying my son’s insulin and consumables when he first started work and was broke and getting a health related benefit and paying for his Dr.”

“Not informing WINZ when my ex moved out (he had informed them, our accounts were linked, would have had MORE if I’d said). because of this “fraud” I’m still paying back the full amount of my benefit for the first two months of being single, a year and a half ago.”

“A friend or family member paying groceries for you.”

“Or having your bf / gf / special friend stay more than a couple of times a week bc IIRC that counts as being financially co-dependent.”

There’s no way you can know how intrusive, how denigrating it is, to apply and receive a benefit, unless you’ve had to do it.

How fearful you are that you might do or say something wrong and have your benefit cut.

The sanctions that New Zealanders on benefits face are discriminatory at best. At their worst, they can be lethal. 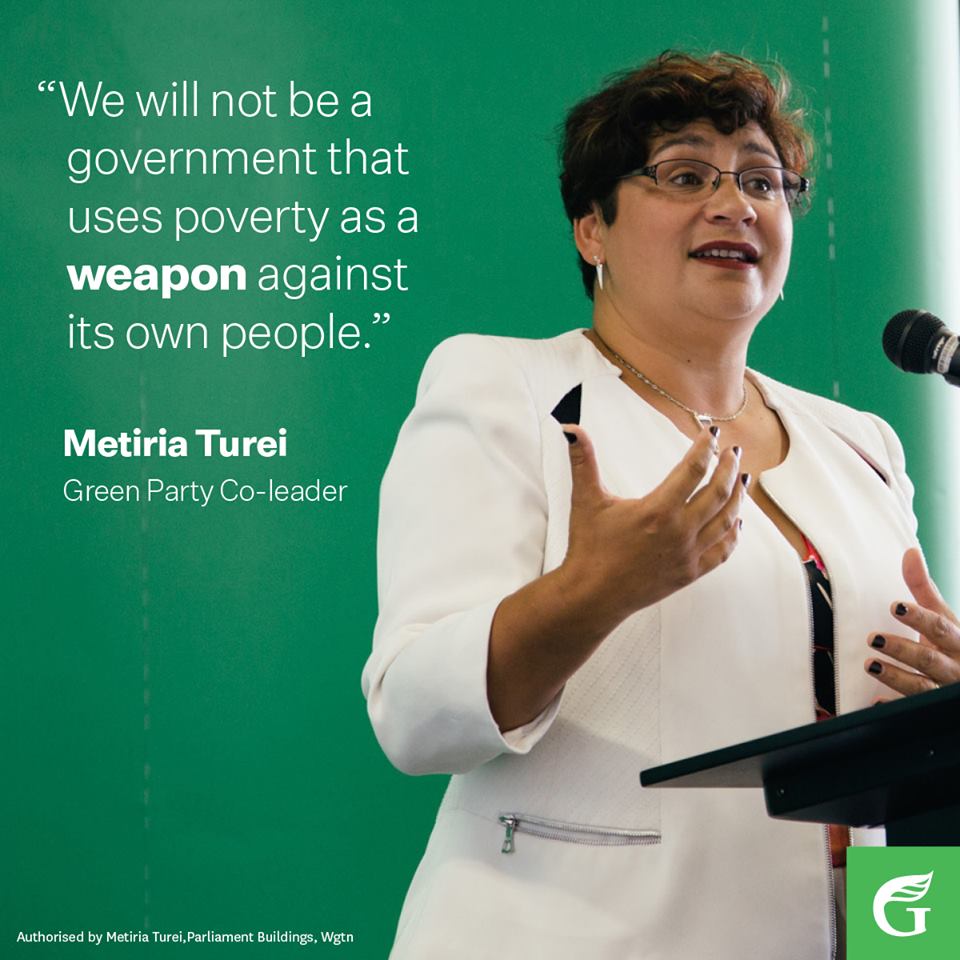 It’s going to be easy for those who disagree with me to dismiss this post as bipartisan and “purely political.” That’s not the truth. I support no particular party right now. The left is murky and we’re so close to an election that that in itself is terrifying. If I were voting for me and only me, this policy alone would sway me. But I’m not. I’m looking at the wider landscape of how we define ourselves as New Zealanders. Do we want a government that spends billions of dollars whipping up persecution and enacting it against people who happen to need social support, for whatever reason? Or do we want one that acknowledges that we all pay into a system that is there to help people when they need it, and maybe we don’t need to hound those people while they’re getting through whatever it is they’re getting through.

Rethink, reframe. Beneficiaries are not criminals.

I’m so glad someone is finally stepping up to tell everyone that.