Turning 30 has made me think a lot about pregnancy and babies. I have always assumed that I’d have a baby ‘one day.’ That it was something I was ‘meant’ to do, wanted to do, intended to do. So I’m publishing this series about motherhood and mental health.

— As with Part One, there’s some trigger warnings for this piece. The stories shared with me are very honest, are across the spectrum of mental illness, and some include references to trauma and abuse. Please be aware of this and put your own self care first. — 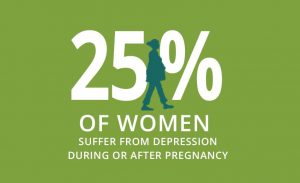 This is Part Two.

Heather’s story
I was pregnant with my first child eleven years ago. ‘Happily’ married (to a man who left me when my baby was 6 months old), intelligent, healthy and with sufficient resources to raise a child.
I sobbed and sobbed when I found out I was (accidentally) pregnant. I cried for weeks. I cried for lots of practical reasons. Like I couldn’t get my very analytical head around the fact that I would have to push a baby out through my vagina. It was a nightmare thought. I am not a fan of change.
Looking back, I was working through a huge mourning process. I was a pregnant woman. I was no longer Heather. After that, I was going to be a mother. Once again, no longer Heather. I felt like I was being pulled away from who I really was. I felt that being pregnant was weak. Pregnant women give up work, don’t lift things, get forgetful, eat crap, smile inanely at people, coo over stupid f*cking toys and baby clothes. All that sh*t made me want to vomit. That is not who I am.
I just got worse as the pregnancy wore on. Everybody else was insanely excited and happy for me. It will all work out, they said. So in addition to losing my identity, I then had to pretend that I was HAPPY about it. Fake face all over the place. No whinging allowed. I thought I must be quite a crap person if I couldn’t like babies. I felt quite abnormal.
All the stuff I was given to read by the midwife and GP was EVERYTHING BABY and how awesome and special it was. Lots of pastels and bold primary colours. Like the babies were going to read the stuff. It felt like I was in the 1950s. I don’t remember reading anything about mental health. Except to expect ‘the baby blues’ (stupid f*cking name for it) two or three days after the birth.
My response to this was to work twice as hard to prove I was not ‘just a pregnant woman’. I slogged it out in the garden, around the house, at work. Refusing to rest. I never got forgetful or absentminded. I remained sharp. I overcompensated. I am a busy person that people ask to do stuff. And I do it.
I saw a specialist post-natal adjustment nurse a few months after the birth because I was still crying all the time. There was no bonding with my baby (this happened very gradually, maybe after about a year or so). The nurse was part of a new pilot scheme being set up. I told her my story (but to be honest only touched on it, because I thought I was abnormal and was too ashamed to tell her that I didn’t feel the way the books told me to). She said I likely had ante-natal depression, and also had postnatal depression. I never saw her again though. Not sure what happened to that scheme.
My GP was great – I cried in her office when I first found out I was pregnant. I remember her telling me she cried (not in a good way) when she found out she was pregnant too. It made me feel a bit more normal. But GPs don’t really act as leading maternity carers in NZ, so I went to a midwife who was lovely, but she loved babies (probably a job requirement) so even at that level, I didn’t really connect with her. Just kept a good happy fake face.
In hindsight, I wish:
In regards to how people could have approached the topic of pregnancy with me (perhaps providing me with opportunities to talk frankly and seek help):
The pregnancy and birth of my second child was totally different. Both my kids are pretty great – but I was relieved when they started to make sense and go to school. I still don’t like babies.