New Zealand is in a mental health crisis. And the services at the front lines of that crisis are under threat. What will happen if they don’t exist anymore?

In June this year, Lifeline announced it only has enough money to run its 24 hour help lines for one more year.

Since then, calls made to Lifeline Aotearoa about suicide and self-harm have increased by 37 per cent.

I’ve written about my experience of, and fears for, Lifeline before. And about two years ago, I raised what I see as a major problem with the current system. It’s to do with what I call the three states or stages of mental health: coping; not really coping; and not coping at all. Why don’t we talk about mental health?

The release of the latest suicide statistics was yet another stark reminder of what happens when people don’t get help before they get to the third stage. Suicide toll reaches highest rates since records kept.

My idea about the three stages of mental health looks like this:

“For me, and for others judging by my research, there are around three different degrees of managing mental illness.  One is when you are coping fine. You consider yourself stable, and you have the support you need. Two is when things become harder and you need more help – perhaps increased therapy and/or medication. You might have thoughts of self harm. You might feel like you’re not really stable or coping. Three is when things become unsafe. When your illness has overwhelmed you. When you seriously consider, and or attempt, self harm.

The sorts of resources that are being cut and underfunded are the “in between” ones we really need. The Stage Two resources like Lifeline, counselling, and prompt psychiatric support. What will happen if we lose Lifeline?

I asked some people about their use of Lifeline and how closure might affect them.

I  have called Lifeline twice.

Firstly it was a relief to have someone on the other end of the line. Calling Lifeline is like a declaration of “I need help” and when someone answers, you cry with relief. They helped me stop crying by asking me questions and getting me to focus on their voice. They were so calm, that’s what I remember most, how calm they were. They were reasonable, sensible and helped me gain real perspective on my state of mind. I got to speak freely and the person at the other end of the line helped me see pathways through my problems. They gave me hope when I felt like I had run out.

Lifeline is always at the back of my mind as an SOS. To put it bluntly I’m not sure I wouldn’t have woken up the next day without their help and if they don’t exist anymore people will die. Lifeline is a place where you can say “I want to kill myself, I don’t want to live anymore” and they won’t judge you, they’ll help you survive whatever you’re going through in the moment. It’s hard to admit these types of feelings to your friends and family.

At least 10 times, over the last few years.

I always call when I’m feeling particularly suicidal and know my risk levels are high – usually I’m fatigued and depressed and know my impulse control isn’t working, so I call for a chat and a reminder of what I can do to help myself. Also the comfort factor is super important for me, I need to feel cared for and lifeline are great at validating that.

I’d have no one to call. The local crisis team are awful, I’ve had maybe one okay experience with them out of a wealth of awful ones. Without lifeline my life would be on the line. I’m likely to be mentally ill my whole life, and that comes with lows that are near impossible to cope with on my own. I don’t want to think about what would happen if I had to.

1. How many times have you called Lifeline?

Just once, but I’ve been on the verge of it a lot.

I called because I felt very distressed and it was the middle of the night. I had had some pretty crap experiences with the local mental health team so I decided to try Lifeline. I didn’t want to burden my friends or family with my suicidal thoughts. They were amazing. They talked to me for ages – over an hour. After the call I felt a lot calmer and I felt empowered for having reached out.

I feel really panicky at the thought of that. There’s so few options when you’ve gotten to that state, when you’re really on the edge. If I didn’t have them I would have to call the MH emergency team and they make me feel like I’m a problem for even calling. Or I’d have to rely on my friends and that’s not fair, they’re not trained counsellors or anything, it’s not their job. Plus I worry about everyone else in the same situation. We already have such a high suicide rate. Why take away something that is helping?

One person I spoke to was immediately informed by Lifeline that she only had 15 minutes, so she felt unable to ask for help. Twice more, she found herself unable to get through at all. I asked her if she thought these incidences might be caused by underfunding and understaffing, and she agreed that this was probably part of the problem, but she had decided she wouldn’t call them again.

I think these examples show pretty clearly what is at stake here. But if that were not enough, Youthline is also under pressure.

Youthline under the axe

Youthline has reported that the number of suicidal callers is rising. Youth are one of the most at risk groups in New Zealand.

According to RNZ, “The number of calls for extreme depression has shot up from 6909 in 2014 to 14996 in 2015, and the mental health support service says vulnerable young people are not getting the support they need.”

Youthline chief executive Stephen Bell said the number of suicidal callers had risen from 7241 in 2014 to 8291 in 2015. Based on current data those figures are projected to reach more than 12,000 by the end of this year.

“Our capacity is so full we can’t actually take more calls. What has happened is that the number of people who can’t get our service has increased. It’s quite distressing to think that if your buckets full, if you can’t do anymore and someone rings us they get a message.”

Mr Bell described Youthline’s volunteers and clinicians as ’emotional paramedics’ and said they were dealing with much more complex and intense calls.

I spoke to someone who is both a user of Youthline service’s, and a volunteer, who described how it works and how it has helped them.

Youthline have text counseling and a web chat service as well as the normal helpline. They also started a video counseling services for people who couldn’t access normal face to face. But it has honestly been the most helpful thing for me. Service wise. Because and they do a lot more than just helpline stuff. So it’s really sad to see this happening. I wouldn’t be here without them. Fullstop. I’ve meet the most amazing people. Have some life long friendships. And it’s just allowed me to grow in ways that no service or org ever has before.

It just reaches out to youth in the way youth can best communicate. Because I know a lot of young people struggle to call places like that because they don’t have a safe place to actually talk without being overheard by family or friends or whatever. And some young people just struggle to talk about stuff in their lives all together.

I get angry at how often people with depression are told to ‘reach out for help.’ It’s not an easy thing to do in the first place, and I think the above demonstrates the ever-shrinking pool of help that’s actually available.

This post on Captain Awkward by Elodieunderglass about coping with depression shows some of that struggle. I also just like the pictures. 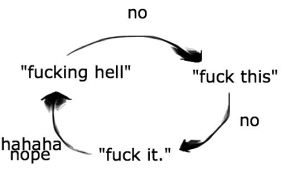 This illustration in particular spoke to me on like, a deep emotional level.

I don’t want to end on doom and gloom, but unfortunately… that’s both the way I feel, and the way I actually see the current situation. We have a higher need than ever before for mental health services, and yet: they’re being slashed. Any way you look at it, it’s a crisis. And I don’t know what else to do except try and share this, to try and put public pressure on those making these decisions.

The reality is, if things don’t change, if we don’t have places to reach to, and we don’t support them and those who need them, we will lose more people. 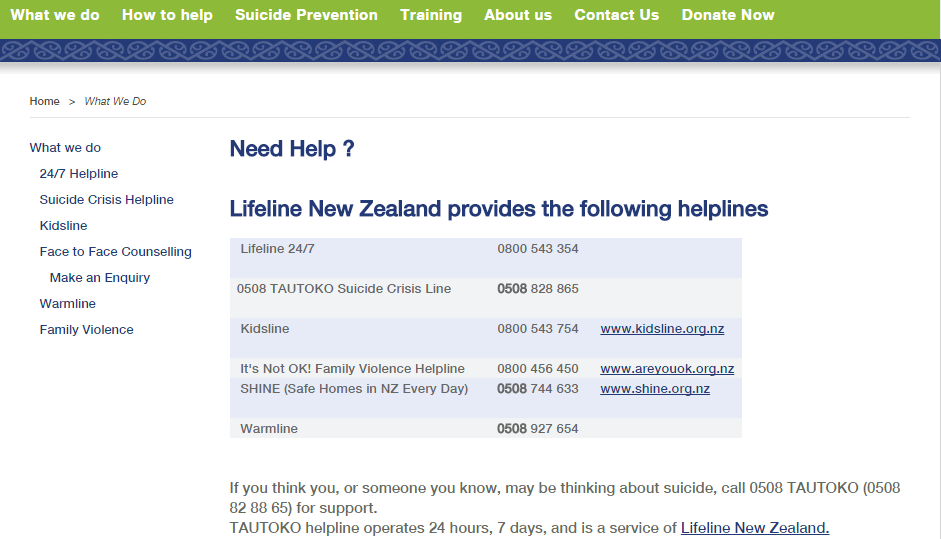