One of other Very Important Things I did while I was in Wellington was go with a whole bunch of wonderful people to the Te Papa Tyrannosaurus exhibit. I love dinosaurs and I was wildly excited. I was not let down.

I’ve always had a thing about dinosaurs – I guess most kids do. I had those magazines where you could collect the plastic bones and build the models, and my parents would get infuriated because I’d lose the pieces or the cat would swallow one and then they’d have to buy another magazine at some exorbitant price, for a model that I usually completely failed at making correctly.

The best ones were the ones that came with 3D glasses and a poster! Then I’d lose the glasses and have the poster which made no sense and my parents would get infuriated… but I di-gress (haha).

Pretty much, the whole thing was awesome. There was skeletons and casts and educational bits and interactive bits and fun bits. We had kids with us and they loved it, if a tad scared of the biggest T-Rex.

My favourite thing was this massive real-time screen that showed us in the room, then inserted dinosaurs in with us and created a “dinos taking over the museum” crisis scene. Too fricken cool. They also did this with a video of the Wellington waterfront.

My second favourite thing was seeing a piece of an Ankylosaurus found in New Zealand. I feel like I identify with this animal – the etymology of the word “ankylo” is “fixed or fused.” Ankylosaurus had a fused, hard skull, along with several other tough bones in its body. I have Ankylosing Spondylitis, which means I have a tough as spine. I always thought I was a woman with a good backbone.

(This is not really how it works. The Spondylitis bit refers to the inflammation in my back, which will probably eventually cause the bones to fuse, and obviously, that won’t be a good thing. But I like to think that if I started out with a pretty strong spine in the first place, and I keep fighting (Ankylosaurus was herbivorous but very good at defence, like me!) that this won’t happen any time soon.) 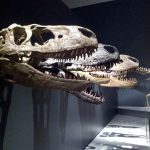 These heads could all eat my head 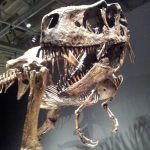 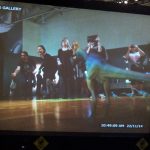 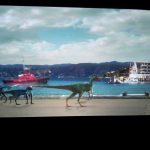 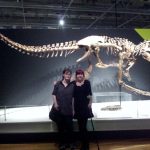 Me and @thelittlepakeha – oh and Chris 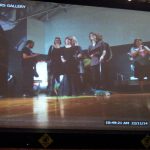 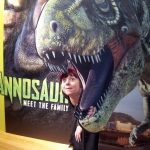 My excitement is disorderly considering I am about to be eaten 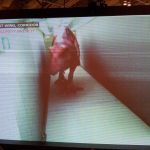 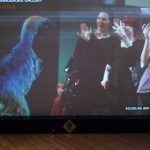 Ange and I say hi 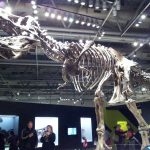 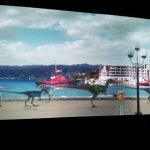 P.S. Yes I am very excited about Jurassic World.