Recently I put together a tiny poetry collection to apply for a grant. It was an interesting exercise, writing a set of poems that worked individually but also told a story together. I haven’t really done that before.

There’s six pieces in total. They each stand alone but together they create a picture of living with chronic illness.

‘The politics of illness’

3. The politics of Illness

Peers around the front door

Assured the all clear

she darts into the kitchen

to sit on the egg bowl.

Looks behind her and

slides slowly into the pool

My lover wears a lace

bow on her wrist, and

on a leather string

She only meets my eyes

begin to think of

the funerals I didn’t go to

Sometimes I go for a walk

in the afternoons, when the rain is still dripping

from branches and letterboxes

and the clouds on the hills are fat and empty

While I wander, I think of

going in the same direction,

bent over with the weight of water

If they turn the right corner

and so do I

will stand and wait

to see if they cross the street.

“The place for politics,” says Dave, anchoring pint with one hand and drawing a stick figure in the condensation

“Don’t get political with me” says Dale, bouncing the baby against one thigh and scooping up the last biscuit.

There is a type of sloth

who moves so rarely

it was dead in the tree

It eats once a month

it takes that long to digest

It really only lives on one thing

but lots of things live on it

I guess it must think a lot of thoughts

that sloth, hanging upside down

inching along branches at 4 feet per minute

Sometimes they live to be 60

sometimes they really do die in the tree, still holding on for dear life

imagine being 60, dying alone in a tree

and no one noticing.

through a very small hole in a barbed wire fence

with the small brained certainty

that the field on the other side is sweeter

Halfway through and no way back

Strings of fleece left hooked in the wind

Looking and looking and staring and dreaming and Oh! Tuis in the tree. Tuis in the Kowhai tree. My heart swelling with the song and if I could just find it, that ‘prolonged hesitation between music and meaning,’ the right words to paint the sound and that pretty pretty pretty picture, maybe I could –

But it’s just that they’re so p-

The flora and fauna,

the heritage, the history, the ancestral inheritance of dirt? (It’s not yours, of course)

The garden path the watercolour the cup of tea

Just look at them, those two round comma birds, hopping and hanging upside down. They are –

And there! Kereru! Are they not just so–? No, they’re not. Resist. But are they not also drunken and rolling, their eyes peering wildly from whiplash necks?  They might well be but you don’t have to – They do not argue now but they lurch into uneven flight like a pair of corpulent inebriated squatters, and I am breathless to-

Birds. Dead birds. Perhaps I will find the corpses discarded on the path, the ivory coffer left cavernous by neighbourhood cats. A degustation for ants.

Beyond the rolling hills clothed in creeping Nikau palms the city sleeps in suburban ignorance (oh, no, alliteration? must you? Imust). The bush heaves in; the roots push up through the cracks. (What I mean of course is that my roots are showing through my cracks).

My cup of tea is cold and the dawn parade (I mean chorus. No, I mean parade. Do I mean chorus?) is long since over.

The battle in the garden continues. The roots through the path, the Tuis with drunken clasp to growing trees, Kereru with arrogant white palate, the cat who always watches, the ants’ slow procession of flesh. 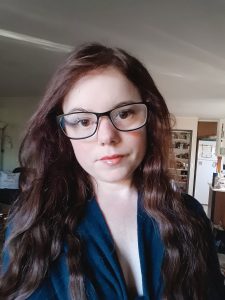