Every creative person I talk to struggles to create. Writers, artists, musicians. We all identify  strongly as these things. I am a writer. … But am I still a writer if I can’t write anything?

Am I lacking in commitment? Am I lacking in self-belief? Am I balking at writing something so much harder than anything I’ve ever written before? Am I scared of failure?

Yes, obviously. Yes to all of the above. I’ve been reading about procrastination – because of course I have; researching my issue is so much easier than Just Getting The Fuck On With It.

It’s more than writer’s block. It’s intense physical and mental avoidance. I sit down at the computer and within ten minutes I’m up again – the washer finished and I need to hang laundry, the groceries arrived and need putting away, the cat wants feeding – and all that’s without even considering how many alluring distractions ping my phone every hour.

I can do this. I can sit down and write about not writing. I can happily blog about my failures, because even that’s easier than truly facing them. Plus, this writing is still part of my job, even though it’s not the part I should be doing.

One article I read talked about the worst kind of procrastination being the “productive” kind (ugh, sorry, banned P word). It’s true though – most of my interruptions I can justify, ie: “It’s not my fault I have to give <insert thing> my attention.”

But even I know I’m lying to myself. 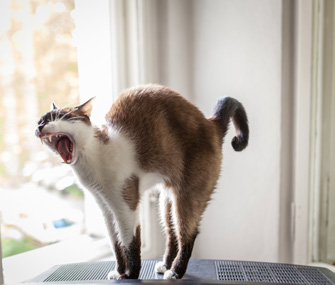 Before I even sit at my desk in the morning, I already feel crushing psychological pressure. I don’t just want to write something, I want to write something good. And I’m constantly, excruciatingly aware that every minute I waste makes that less and less likely as is my limited energy circles down the plughole.

I have about 3-4 usable writing hours in a day, if it’s a good day. Those hours are in the mornings, generally. I’m very unlikely to produce anything even vaguely legible after 2pm. Part of that is because there’s only so long my body can cope with the ol’ desk/chair/screens combo. (And yes, I have tried standing desks, speech-to-text, and every other physical or tech solution. I mean, what better way to procrastinate than by telling myself ‘I’ll just get started when I have the right tools’?)

The other part is fatigue. Able people, imagine you did a half marathon, got two hours of sleep, and now you’re trying to do a trigonometry exam while walking up circular stairs. Or parents, imagine… being parents. The brainfog is real, and so is the need for sleep that grows stronger with every step.

So while I’m fucking about, the clock is ticking.

It’s the weirdest fucking thing, because I’ve been waiting my whole life for this moment. The opportunity and support to finally, finally, write my book.

And yet, here I am. Blogging instead of doing it.

And I know I’m not the only one stuck in this behaviour. (Sidenote, please be aware I’m not talking about people with conditions like ADHD or executive dysfunction). I’m talking about the many creative friends I’ve called to cry “I can’t do it!” and they’ve said “Saaaaame!!!” We all know we want to Do The Thing, desperately. We know we’re walking cliches. The self-awareness doesn’t help. If anything, it makes it worse by stacking guilt on top of frustration and anxiety.

I’m a perfectionist. I like all the angles to fit together, and maybe sometimes with creative work, they just don’t. For example, we’re always taught to ‘start at the beginning.’

But yet another thing I did this morning instead of working was listen to Spotify’s new Daily Horoscope thingy. Yes, sure, Sarah Lin, learning what planet’s in retrograde will totally give you a valid excuse to bunk off work <insert eyeroll emoji>.

Capricorn’s Tuesday horoscope told me “innovation arises from the rejection of rules.”

… K, thanks. This does not seem like a new or novel idea or really in any way helpful. Am I innovating? I mean, I guess I’m trying to write something that hasn’t already been written, so in that way what I’m working on contains innovation, but the act of writing a book kinda doesn’t. However, I have chosen to reject some rules – like starting at the beginning.

I tried writing my intro and I realised that, despite working through extensive profiles on each of them, I don’t know my characters well enough yet to do them justice in the opening chapter. So, I’m writing dialogue, scenes, anything that comes to me, no matter where it falls in the book and whether it’ll make it into the final edit. Unfortunately, creating is… exactly that. The tyranny of the blank page or the white canvas or a lump of new playdough. It’s not going to magically transform itself into a unicorn. It seems kind of appropriate that my favourite thing to do with playdough when I was 4 was sit on it. The sight of my butt imprint was inexplicably hysterical to me. My mother, who had to spend hours soaking food colouring out of my shorts, didn’t seem to find it quite as funny.

This is not that easy, or fun. Maybe if I were an artist, the outline of my rump might be explicable; a commentary on the objectification of women’s bodies, a political statement, an invitation to argue about the relative merits of traditional and modern artforms.

But, no. My butt isn’t going to get me out of this one. In fact, now my job is much more like my mother’s. She made me. Then she made the playdough. Then she spent tedious hours extracting colour from previously blank shorts. Maybe I should give her a call, she might have some tips…

Ugh, see? I’ve already gone down the ‘canvas everyone in my life for advice’ path, and even the most successful writers I know had no secrets to share, just empathetic wails (which I also appreciate).

In the end, it’s just me and the page and my characters, who literally keep me up at night with their yammering, and then refuse to come out and play when it’s actually work time. Maybe I need to switch up the routine and become fully nocturnal. No one needs to do laundry at midnight, right? No valid excuses there.

So if anyone knows where I left my discipline (and yeah, I checked under the ten-ton writer’s block in the backyard), please drop me a line. I’d like to think one day I could do more than procrastinate.

Maybe I need to go and buy some playdough. A poster my father had on various walls during my childhood. And… I guess I won’t.

One Reply to “I have never written anything in my life”