The record we’ve all been listening to is so scratched to shit it can only play one song. Spoilers: it’s the wrong one.

How does she do it? There’s an answer to that. There’s an answer to that wide-eyed woman on a book cover with a baby under one arm and a macbook in the other, who’s wearing an immaculate suit complete with organic bamboo burping blanket tossed over a shoulder. Who’s got GHD hair and gym shoes for yoga during her lunchbreak. Who speedtypes spreadsheets, spreads the sheets on the bed, the butter on the bread, and herself too thin. Who’s on the PT committee, can plan a four-year-old’s birthday party in under an hour and is always at Inbox Zero.

So how does she do it? She doesn’t. Because she doesn’t fucking exist. She’s about as likely to pop up next door as Nessie is to pop out of the loch.

Even if you remove the hyperbole and instead insert a friend you admire, and all the ways you think they’re winning where you’re not – you’ll still be hung up on a hypothetical. I’ve been guilty of using basically the exact question with women who parent, work outside the home, manage the household, pursue extracurricular activities and contribute to their communities. When I was planning my wedding, I remember laying facedown on the floor and groaning into the phone to a friend – ‘How did you do this?’ Wedding planning is intense, and she got it done on top of doing all of the above.

The answer that I have a chronic illness that drains me and other women do not isn’t the right one. It may be a right one, because I do have vague recollections of what I could achieve when I was healthy. But it misses three key things: Women are not mythical creatures. There is no magic spell, no mysticism, no Medusa (unfortunately). But we’ve been lead to believe there is.

We’ve been lead to believe that, somewhere, there’s a key. There’s the right mantras, the right efficiencies, the right protocols, the right app that will transform us into this magnificent fictional madonna. Worse, we’re stuck the sort of internalised misogyny that tricks us into thinking every other woman has found the key. So we either pretend we have too, or we lay on the floor wallowing in our insecurities.

My generation of women, if we were lucky, were taught we could do anything. We could have it all. We didn’t have a pre-destined place in the kitchen. Everything was ours – any career, any partner, a house and kids/pets/hobbies/insert dreams here.

Unfortunately – that’s what it is. A dream, at best. At worst, simply a lie. 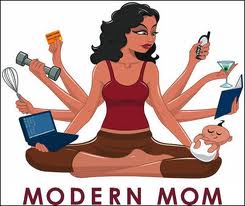 I presume this image was, (possibly culturally insensitively?), inspired by the Hindu warrior goddess Durga. Durga was created to defeat the demon Mahishasura, who could be only killed by a woman. She’s seen as a motherly figure and is often depicted as a beautiful woman, riding a lion or tiger, with many arms each carrying a weapon and often defeating demons.

Alas, human women are not Durga.

We’re being manipulated more than ever. While the Western world may have – kind of – accepted women into the workforce, it forgot to figure out the actual capacity of a normal human person. In teaching us we could do anything, we heard that we could do everything. But no one actually did the maths.

There’s nothing intrinsically wrong with encouraging kids to dream, to aim high, to figure out all the things they want out of life. What is wrong is when this isn’t balanced with healthy realism – and gender is part of that. It’s the beginning of the pressure to be all things to and for other people.

Every couple… faces a set of practical tasks they need to get done, be it managing finances, mowing the lawn, arranging a social life or caring for elderly relatives. Traditionally, the lion’s share of this work was done by a wife who did not have a job outside the home. Today’s dual-career couples face the challenge of agreeing how to divide up this traditional “wife” role between them.

– How to split chores with your partner minus the drama

So, hold on a second. While that might seem like a fairly small discrepancy, 10 hours more per week is 480 hours difference in a year. And 26 hours is over half the basic 40 hour working week. So if a woman in a heterosexual relationship is working fulltime, plus doing 26 hours of ‘housework’ (which presumably doesn’t include quite a lot of life admin, as well as the requisite mental and emotional labour), then she’s doing 68 hours of work of some kind. And that’s before you count the planning and scheduling involved in running a household, especially one with children in it.

The article linked above cites research busting the myth that women are ‘naturally better’ at planning, organising or multitasking. We just learn because it’s expected of us – and then it becomes a self-perpetuating cycle. We’re too anxious not to do it. Career and family, family and career. Men have always had both, if they want them. In the past, women didn’t have a choice; our role was in the home.

With the miraculous invention of contraception and a few basic human rights, we can now, theoretically, say ‘fuck the home’ and go to work, which more and more of us are doing.

However, understandably, many women want both. And no one should have to make that choice – men certainly have never had to.

The discrimination in this scenario is manifold. It acts like dominoes, and it perpetuates the psychological and sociological brainwashing that starts at birth. Men have higher earning power and confidence; they advance their careers more quickly and face fewer barriers to employment. Women are still considered natural nurturers, whose care and organisational abilities are better suited to the home. How does she do what? Laugh while wearing a handbag??

This inequality is of course enforced by most Western government’s policies on maternity and paternity leave. In New Zealand, women may qualify for six months off work, which they can choose to share with their partner – ie both parents may take three months. This rarely occurs, of course, because men can bring in more money, and women are often more vital to an infant’s survival, ie as a food source.

The thief of joy

The adage that comparison is the thief of joy is a bit tired, but it’s what started me on this train so I’m going to make this the last stop on the line.

There’s not a lot of space between admiration and envy. We already know the world likes pitting women against one another – after all, if we’re competing to Do All The Things, how can we cause trouble? 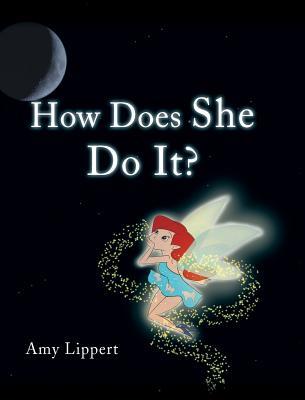 Ooh ooh pick me! Is it because she’s fucking FICTIONAL??

The same friend who responded to “How do you do this?” with “Fucked if I know, I just keep going cos there isn’t a choice,” is one of my biggest heroes. But perceiving her, and many other women, as heroic is problematic. Again, we’re not mythical creatures. We’re not demon-killing warriors. We’re ordinary women doing the best we can with what, generally, is a shit ton of work in a world that’s banked against us. Let’s be honest, my self-esteem already has the consistency of jelly taken out of the fridge slightly too early. I don’t need comparing my achievements to those of other women to be yet another unhelpful fork in the misogyny pudding.

And this old train didn’t even stop at Beauty and Appearance Maintenance Station, or A Deeper Dive Into Gender Roles, or How Women Experience Burn Out, but, to stretch the metaphor, the conductor is tired and the ride stops here.

So. The next time you (whatever your gender) find yourself mythologising, comparing, or criticizing women – make a choice. Get up and change the record. This one is all played out. Carina is generally in support of More Rest for All Women and Cats.