Grief can hit in all sorts of weird ways. This week, I cried convulsively when I received the news that my GP of seven years is moving on. Then I cried more as I tried to write him this letter.

On one hand, it’s kind of weird to be really emotionally attached to your doctor. On the other, I’ve been seeing this man at least once a fortnight for almost seven years. That’s about 180 appointments, give or take. It’s more hours than I’ve spent with some of my own family.

He was the one who diagnosed my stomach problem in January 2013, after six months of other doctors telling me there was nothing to find. Within a week of seeing Dr H (I’m going to abbreviate it to protect his privacy), I had conclusive test results that I wasn’t crazy. A few short weeks after that, I was in a hospital with a drip in each arm.

In a pattern that was soon to become horribly familiar, he was then the one to diagnose my Ankylosing Spondylitis, after the doctors who sent me home from hospital continued to insist that I just needed to ‘convalesce. ‘I knew something was wrong, and Dr H took me seriously. He listened, he researched, he was committed, compassionate, thought outside the box, and got me answers.

He advocated for me when the DHB systems refused my referrals because the government wanted to keep waiting lists down. He consistently undercharged me for appointments that never, ever stuck to the fifteen minute rule.

When I first arrived in his office, he’d only recently opened the practice. There was time to chat. As the years went on and word got around, his books got full to the point of ridiculous. The waiting list was always full – because he still never stuck to the 15 minute rule. He cared about people, not numbers (much to the receptionists’ ongoing dismay). 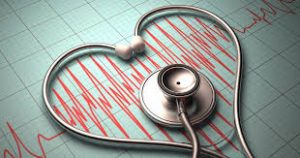 twf when an email gives you a heart attack…

When the email came to announce his departure, I sat very still, in shock. I read it again and again and tried to make the words say something else. I very nearly moved away from Nelson last year: my doctor was one of the reasons I stayed. After experiencing so much medical misdemeanor, dismissiveness, gaslighting, horrific power dynamics, lack of due diligence and lack of care from medical professionals over the course of my illness, I have a lot to compare him to. There is no comparison can be made. He stands alone.

I, though, am not alone in my grief that he is leaving. Everywhere I have gone since the email went out, fellow patients have gripped my arm and said; ‘What are you going to do? What are we going to do?’ And I’ve had no answer – because there’s no one else in Nelson who gives a shit like he does.

There’s no one else who fought tooth and nail against mind-bendingly stupid Ministry of Health and DHB restrictions in order to provide proper care. No one who went to the wall for me, over and over. No one who researched and listened to podcasts and came to me with new ideas when it seemed I was out of treatment options.

That’s not to say I haven’t experienced care or professional expertise from anyone else. I’ve had some truly excellent specialists – most of whom I scraped money together for myself, because DHB services rarely provided.

But Dr H has been there through the most darkest, most challenging times I have ever experienced. He delivered the news that I had an incurable genetic illness. On my request, he later tested my AMH – an indicator of female fertility that is usually not tested unless the woman is struggling to conceive, or she is over 38 – and received a slap on the wrist for doing so, to which he shrugged, because he said that it was my right to know what was happening in my own body. And he then sat with me through the devastating results of that test.

Twice, he has advocated for my admittance to health services that tried to turn me away. One of those times, he left his office in the middle of the work day to walk me to a therapist’s office, where they both became immovable until I received the care I needed. That was only one of the times he saved my life.

You don’t usually get to say that about a GP. ED, maybe, but you don’t usually say any of these things about a GP. It’s not an exaggeration. Without his insistence on thorough tests, his ethics, his compassion, his commitment to working with me to find new solutions, rather than treating me like a problem that wouldn’t go away – I would not be here. It’s a simple statement of fact.

It is a testament to him that so many of us in the Nelson community are reeling from the news we will no longer have that support. He has gone above and beyond the call of duty – I’m pretty sure he’s also gone grey since the first day I walked into his office, which I refuse to take full credit for – and I am not surprised he needs to make a change. 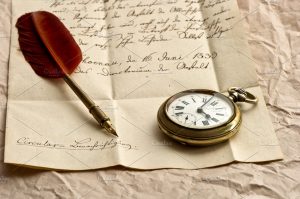 Something something out of time

On Friday, I’ll have my last appointment with him. For the first time in seven years, I actually booked 30 minutes instead of 15. Given his track record, I may well be in there for an hour and a half, and I will need it. Seven years of history is going to require more wrapping up, more questions about handover, requests for referrals, requests for a year of prescriptions so I don’t have to see anyone else until I feel capable – more than there could ever be time for. I’m not ready. I’m afraid.

So while I have, through the tears, managed to compose some semblance of a thank you card – how could I ever find words? – it’s more like a breakup note than a love letter. Because this is a weird, uncomfortable, hideous half-way heartbreak that feels completely inappropriate, and yet, there it is.

I’d just like to confirm for anyone concerned that I am not actually in love with my doctor. Especially if you’re reading this, Dr H.

It’s more like… losing a friend who held the light for you when you were lost in the dark.

I hope, if nothing else, myself and many others now know what good medical care looks like, and how to advocate for it.

Thank you. From the true bottom of my heart, (which you’d probably tell me some weird gross anatomical fact about, and you’d be right, because it’s a stupid saying) – thank you.

You changed my life. I truly wish you all the very best with yours.

One Reply to “A love letter to my doctor”