We’re not taught skills for navigating disappointment, or even identifying it. Instead we’re taught to lower our expectations – and I think that’s both sad and unhealthy.

As a child I was often told not to get my hopes up, a negative litany that’s carried into my adult life. It’s fairly useless advice, because by the time it’s given, generally my hopes are not just Up, they’re Up like the house in the movie Up – ie, they’re hitched to helium balloons and headed for open sky.

I think it’s also advice that not only misses the actual issue – akin to “sticks and stones will break my bones, but words will never hurt me,” – it’s pretty shit advice to give to a kid. Both these things are different flavours of ‘toughen up.’ Kids should be encouraged to dream big, to think well of themselves and others; telling them not to get their hopes up is like a cynic coming along and popping a balloon. Just because sticks and stones might cause more visible injury, it doesn’t mean the impact of words should be ignored. We need to be taught how to deal with disappointment – not how to avoid it.

I’m a perfectionist. I expect a lot of myself and a lot of other people, and a lot of society in general, even taking past experiences and realism isn’t account, and as such, I live in pretty much a perpetual state of disappointment. It doesn’t take much to pop my balloons.

I have discovered that most people react to disappointment in one of four ways. The first way isn’t really a reaction – it’s suppression. Ie, they don’t allow themselves to respond to feeling disappointed because it seems like that’d be painful or a waste of time, so they just swallow it and move on.

The second way is the wobble – people might dip down a few metres but they buoy themselves up again almost immediately. They’re optimistic but also realistic so they never go too far in either direction. This sounds like something to aim for, however it can lead to missing out. 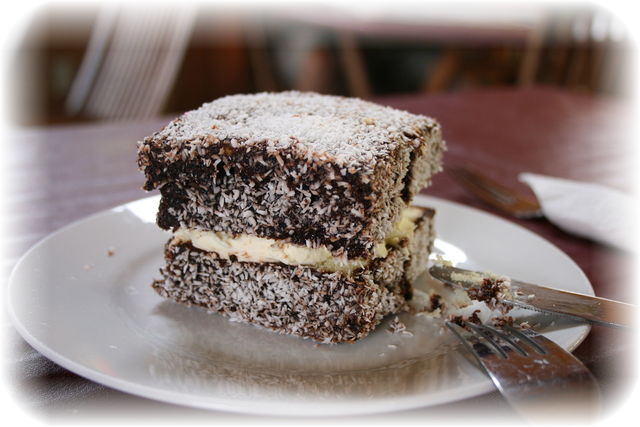 The third response is sadness. I’m not making a moral judgement on any of this; I’m impressed if you bounce back easily, and I relate if you get sad. Getting sad is a pretty normal reaction to it being your tenth birthday and you’re really hoping for a cake, not even a dragon or a unicorn or anything, just a plain sponge would be fine, and instead you get some crisps and a bottle of lemonade. Nothing against crisps and lemonade, but they’re not really in the realm of a chocolate log or a lamington. What I’m saying is, it’s my party and I’ll cry if I want to. Sadness is a natural and valid response to disappointment and shouldn’t be suppressed or bypassed.

The third response is anger. This is the one that I have witnessed most frequently in others and commonly experienced in myself. Sometimes anger on its own is the natural and valid response – though often, we confuse anger at a situation with anger at other people. We’re looking for someone to blame, because underneath the anger is – you guessed it – sadness. I was angry at my family about the birthday cake. Understandable; I was ten. Underneath that though, I was angry because our situation meant we couldn’t afford a birthday cake. And still deeper, we find the sadness, because I was a girl who was experiencing disappointment.

I don’t think sadness and disappointment are the same emotion, though it could look that way. I think we’re sad because we’re disappointed. And that could call for a different way of experiencing and resolving the emotion and the situation.

If we can take a step back from anger to analyse the situation – what were my hopes or expectations? Was I feeling entitled to something? Am I truly angry at my loved ones right now, or am I angry at the situation? Is the anger serving to cover up the more painful option of allowing myself to feel sad? What can I do next that both honours my feelings and helps me to resolve them?

What I have discovered to be useful
1. Tempering my expectations. This is not the same as lowering them; but it includes acknowledging the possibility of different outcomes, and sometimes plotting how I will respond if a less desirable outcome occurs.
2. Identifying and acknowledging disappointment when it happens – ie, being able to go “This is disappointment I am feeling, and that’s ok.”
3. Being aware of the resulting emotions: allowing myself to feel and honour them, but not lashing out. If I feel angry, taking some time out to work through how I want to respond.
4. Understanding how and why I got disappointed. This involves working my way back through the situation and the choices or events leading up to it, and being able to articulate why I’m having this response.
5. If someone else is involved, communicating what occurred for me when I’m able to do so in a calm way
6. Having a conversation to see if there’s opportunities for anything to be done differently to avoid the same situation.

I understand all of that is a lot to ask, especially when you’re in the moment and you just feel crushed or cross – but I think that’s the thing, we just don’t really get taught how to validate and express that. we get told a bunch of invalidating stuff that implies it’s our fault for getting our hopes up, and that the way to protect ourselves from future hurt is to close off and not expect or hope for better.

In pop culture there’s an understanding that the sentence “I’m not angry, I’m just disappointed [in you]” is funny with an edge of pain – that is, we know that this is a painful thing to hear. I’m not suggesting you use it, especially because it still places all the blame on others, and because it is a really gutting thing to hear – which says that we all do have some sort of understanding of the power of disappointment.

Therefore, it makes sense to learn to unpack it, to know what causes it for you, and to learn skills to validate your feelings and manage it when it occurs.

The best thing about Up is, once you get past the opening montage that has scarred millions of people for life, it’s a movie about hope. Kindness and hope.

So I’m going to keep mine up. After all. You never know when there might be cake. 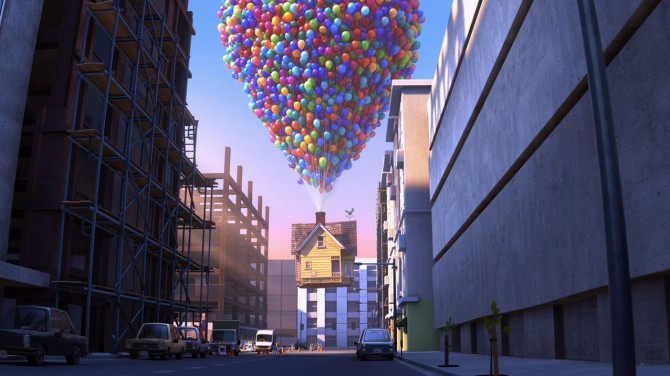