Don’t get me wrong. I’m extremely glad this conversation is happening, and I’m frankly surprised that it’s still going. Usually this sort of thing is live for a 24 hour news cycle then everyone forgets about it. Clearly, not this time. 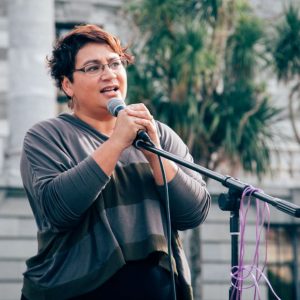 The fact we are still talking about this  makes me think that is now is finally the time for this issue to be taken seriously. And I don’t think it’s just because we’re two months out from an election. I think it’s because enough people have finally had enough of attempting to live within this broken system. I think we’ve reached “peak” whatever that peak may actually be – rage? fear? frustration? all of the above?

Metiria did something when she announced that she lied while on a benefit. She opened the floodgates for others to share their stories, and these stories show the heart of the problem, which is that the punitive welfare rules in New Zealand create ‘criminals’ – and then we punish them even more.

Last week I wrote specifically about benefit fraud, because there is so much misinformation about this. Most people have no idea of two vital things: 1) What actually constitutes the fraud (mostly ridiculous and extremely minor things) and 2) The figures around that fraud.

From my earlier article:

It’s been incredibly hard to watch my rights as a beneficiary be debated in this abstract political way. I understand the need for that, and as I said, I’m really glad it’s happening. I want us to talk about this.

But I have felt so frustrated and depressed because I feel like there is nothing I can say that will change some people’s belief that I don’t have any right to the help I get.

Also as I’ve said, those beliefs are often based on misinformation.  For example, many people don’t seem to know that beneficiaries pay tax. Benefits are income. They are taxed just like any other income. Yeah, what I pay in tax is pretty minuscule – because the benefit is minuscule – but I’m happy to pay it, because guess what? I really like our public infrastructure and services such as, say, healthcare. I’m extremely glad we have it.

The other image that keeps getting reinforced is this one of bad beneficiaries reaching directly into the pocket of hardworking, tax-paying New Zealanders. “Why should I pay for people who don’t work?” they cry, as if they are completely incapable of A) any human compassion and decency, and B) realising that they, too, could one day get sick or become unemployed, and therefore need the very system they want to dismantle. The thing here is, again, beneficiaries are taxpayers like anyone else, so this is a false dichotomy, and: “taxpayers” don’t pay welfare. The government does. This is not a pick-pocketing situation. This is everyone paying into the same pot that pays for all social and public infrastructure. Because that’s how our democracy works.

Thank you, again, to Metiria. For being the brave woman she is, for sharing her story, for standing up for herself and for so many people, and for leading a party that has policy that might actually affect change.