When I was first in hospital, close to four years ago, I was misdiagnosed with Ulcerative Colitis. I had most of the symptoms, including needing the bathroom often and urgently. Currently, there’s no law requiring retail establishments to make their bathrooms available in this situation. A group of kids have set out to change that.

I’m sure you can imagine what it’s like to be desperate for a bathroom, and not be able to make it, right? Nothing good can come of that. Unfortunately, that’s the reality many people living with illnesses like Crohn’s Disease or UC  face all the time.

NZ has one of the highest rates of Crohn’s Disease and Ulcerative Colitis in the world, and they are diseases that often strike in childhood, causing symptoms that no one likes to talk about: abdominal pain, diarrhoea, and bleeding.

Along with the help of doctor Richard Stein, a group of children have made it their mission to ensure that people can get the bathroom access they need. Their petition, hosted on ActionStation, currently has 2,360 signatures. The aim is for 3,000 by next Tuesday 31 January, when the petition will be presented to MP Trevor Mallard, who has already agreed to table it in parliament.

The petition asks “That the House pass legislation to ensure that, if a retail establishment does not have public restrooms, those who have medical conditions that require immediate toilet access such as Crohn’s Disease, Ulcerative Colitis, pregnancy, or an ostomy bag, must be allowed access to employee restrooms.”

On the second day of camp the children visited Parliament in downtown Wellington. Many had to stop along the way to use the restroom. 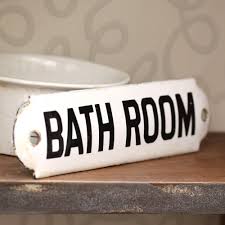 “Ally’s Law” in the United States. Ally’s Law is named after Ally Bain, a 14 year old girl with Crohn’s disease. Ally was denied access to the employee toilet by a store manager in Chicago, resulting in an embarrassing public accident. Ally fought for a law in the State of Illinois and was successful. Ally’s law guarantees access to employee toilets to people whose conditions require the urgent use of a toilet such as Crohn’s disease, pregnancy, and those with ostomy bags. There are now similar laws in 15 other States.

Coincidentally, the Parliament tour guide had Crohn’s Disease himself. He explained to the children the legislative process.

Immediately on her return to camp, with the help of one of the volunteers, Nicole Thornton, a 12 year old girl with Crohn’s disease wrote a petition. It requests that the House of Representatives enact a law similar to Ally’s Law in NZ.

It was signed by all 57 campers, along with 30 of the camp volunteers, including three doctors and four nurses.

MP Trevor Mallard had agreed to table the petition in Parliament. It will be presented to him next Tuesday 31 January at 11am. Your attendance and support would be appreciated.”

My friend Briar Lawry wrote the following on Facebook. I asked permission to reproduce her words here.

“Most people have had a bout of diarrhoea at some point, right? Stomach cramps, need to use the bathroom going from zero to a hundred in no time flat, dehydration from loss of fluids, feeling incapable of doing anything.

Hi! That has been my life for months at a time! Chronic illness usually creeps up on you, so my ‘regular day’ for most of 2012-2013 would be a nightmare gastro bug situation for the average person. I remember people at work discussing food poisoning once, and I said I didn’t think I’d ever had it. Someone replied ‘oh, you’d know…’

I was like, ‘well, actually… I probably wouldn’t notice?’.

Anyway. Imagine trying to function like a human being with that being your average day. Trying to pop out for lunch while at work. Trying to shop, wander a new town. Trying to go for a road trip. All while knowing that with very little notice, you might be in agonising pain and unable to hold things in… even if you went to the loo ten minutes beforehand. Urgency is no joke, people.

Or an ostomy. Remember when I had a colostomy? There’s no shame in it. Many of you will understand in theory (‘you shit into a bag?’) but not understand the mechanics. Individuals with a colostomy or ileostomy (I can’t speak with authority on the topic of urostomies except that they too have a stoma and a different kind of bag) have stomas. Holes in their abdomen. Mine was about an inch below my bellybutton and off to the left. The large intestine (colostomies) or small intestine (or ileum – hence ileostomy) comes up to this new opening, and waste comes out when it feels like it. There’s no sphincter, so there’s no control (and no nerve endings, either). Hence the bag, where the waste is collected.

Not an ideal way to live, maybe, but a hell of a lot better than the alternative – uncontrolled, debilitating, potentially life-threatening IBD. People die from Crohn’s, you know? Colitis too.

The bags are life saving. But they are also imperfect. Sometimes, you can feel a leak starting to develop in the seal. Or your bag inflates with gas so you have a mystery bulge on one side of your abdomen that in turn ups the risk of a leak. Bathroom access needs to be pretty well assured to deal with things. It’s just life.

Anyway. Sign this petition. It’s important. Giving people the power to be granted their request when they’re feeling incredibly vulnerable and potentially incredibly unwell… that’s really something, you know? And awareness helps. So sign, get other people to sign. A little something to make a difference to a lot of people. I’m more candid and open than many. And can you blame them? Society’s not known for looking kindly on women who talk about their bathroom habits. So I raise my voice when I can, because I’ve gotten to the place where I’m not afraid. I’d apologise for the rant, but I don’t want to. This is important. Go act on it.”

…. Basically, what she said. They only need 640 more signatures. We have three days. Let’s do this.