I write for Folks magazine. They feature people living with disabilities or chronic illness – the stories are about who these people are, not just their diagnosis.

Here’s some of my stories. My author profile on the Folks site has the whole list.

An interview I did with musician Aesop Rock, about his lyrics, mental health, and cat Kirby. All the

‘At times impenetrable, at times hilarious, almost always infuriatingly impressive: Aesop Rock, the New York-born rapper is known for his dense and complex songs, A 2014 study named his the largest vocabulary in hop-hop, surpassing 85 other major artists, as well as historic writers including Shakespeare.’ >> read more 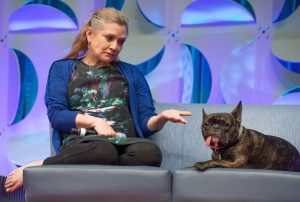 This started as an article about companion animals who help people with illness, but while I was writing it, Carrie Fisher died. And since I was writing partly about her and her therapy dog Gary, the piece became a tribute, too. >> read more 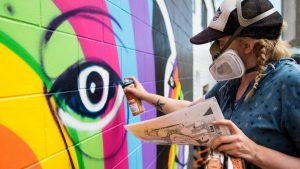 artwork both reflects and belies her gentle character.

Mica has been making art for as long as she can remember. In the States, She graduated from the Pacific Northwest College of Art in Oregon and hurtled headlong into a successful career spanning two decades, showing in over 100 exhibitions in America and New Zealand during that time.

“You feel as though you are looking at sound; at thought or feeling, not paint,” art critic Justin Morgan said about her work.

The frog inside her chest – Rose Young had her first cardiac arrest when she was twelve years old. Now, at 28, she’s had too many to count. 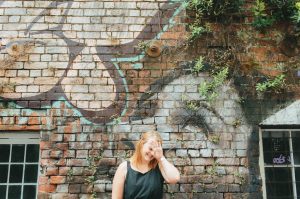 That first time, her heart stopped for fifteen minutes. It took around seven defibrillator shocks to bring her back to life, and she was in a coma for a week. When she woke up, she had no memory of what had happened.

Rose has been diagnosed with “abnormal electrical activity”–an adult congenital heart defect–and a prolapsed mitral heart valve. She has a defibrillator inside her chest; her third one since that first arrest at age twelve. The defibrillator “kicks” her heart whenever it might be going to stop.

“I have irregular heartbeats all day long,” she says. “Even if I get upset emotionally, my heart beats differently. I feel it all day, every day. I’d feel distress if I couldn’t feel it… My way of describing it is like I’ve got a frog, inside a sock, inside my chest, jumping around.” 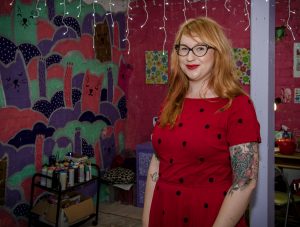 “I like to insert my sense of humour into my work. Nothing I do is generally too serious or meaningful – I just like to create things that people will find interesting & take some enjoyment from. I like people to laugh or smile when they see my work.” >> read more

Tiny tales on her fingertips. Anthea Whittle copes with her neurological condition by painting with polish. 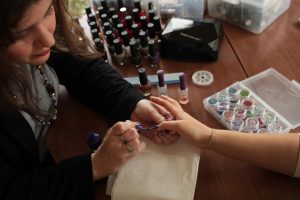 Wearing a t-shirt that says Wild Feminist, a massive smile, and a tiny silver dumbbell around her neck proclaiming “Me vs Me,” Kate Montgomery is no one’s picture of chronic illness. 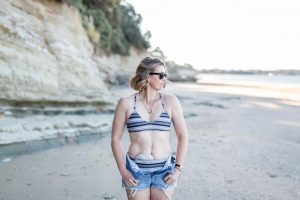 The 34-year old was diagnosed with Crohn’s Disease at 22. The necklace is a description of the power play between herself and her body; a fight she’s come close to losing multiple times.

Now she talks about how weight lifting has helped her recovery, and how her time in the gym and her feminism have helped build her positive self image. >> read more