I am a terrible procrastinator. Or do I mean I’m a good procrastinator? Whichever one means you do it a lot. Once I start writing, I love it, but I will find almost any excuse not to just sit down. One of the poems in Skeletal Mosaic is about procrastinating on Twitter.

Much of Skeletal Mosaic is just that. A mosaic of bones I picked up from here and there and placed together, hoping to form a bare narrative.

When you’re a writer, anything and everything becomes creative fodder – including other people’s tweets. This poem contains some stolen words. (I of course credit the original writers in the Notes of SM).

I’m going to write some poems now, I tweet

Nothing in me but raw-boned panic

The page has frozen and delivers the invective: ‘wait’ or ‘kill’

A man in the living room.

Political freedom cannot exist in the absence of economic freedom.

You have a kind of endearing unfiltered self-reflective honesty that may sidestep the obstacle.

Pshaw, what nonsense! Just the usual self-pity. Writing’s better than a lot of things. Take heart!

The last line is a tweet sent to me by Spinoff editor Steve Braunias, who was replying to my usual moans about how I don’t want to write and my writing’s shit and being a writer sucks.

The second to last is a screenshot I’ve had saved in my phone since Ryan Sproull tweeted it to me at least a couple years ago. It’s been a light when I needed it.

I don’t think this poem has any particular literary merit, but it’s one of my favourites because I like the progression from panic and mania to optimism.

In fact, if I’m honest, I don’t think much of Skeletal Mosaic has literary merit, and I’m kind of horrified that I’m sending it out into the world. But early work is early work, and I’m incredibly grateful that people are buying this thing that I made. That’s very encouraging to me, in those moments of stark panic.

While I was writing these poems I was living in Lyall Bay in Wellington, and studying with Hinemoana Baker at the IIML. It was pretty idyllic actually, health notwithstanding. Most mornings I would get up and walk down to Maranui to get a coffee and write in the big bay window there, if I was lucky enough to get a seat. Then I’d wander home along the beach and climb the stairs to my little room with desk overlooking the water.

I have a really deep connection to Wellington, which is kind of weird, considering I never went there til I enrolled at Massey when I was 18. I did live there for several years after that, but I actually think it’s a lot to do with the writing culture and history there. It’s almost impossible to read New Zealand writing, especially poetry, and not find Wellington within it. I grew up reading Katherine Mansfield – didn’t we all (insert vaguely resentment at having her talents forced upon me before I was ready to appreciate them, resulting in only rediscovering her much too long a time later) – and even though much of her work doesn’t contain the names, you can see the Wellington coastlines and parks on the page.

Anyway, again, thank you to everyone who has bought a copy of this. I really really appreciate your support. (Get a copy here). 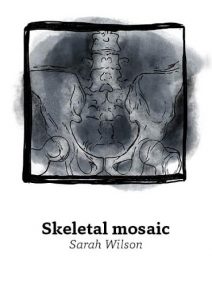