Sean Plunket’s behaviour towards Louise Carroll on air last Friday was not “mean.” It was absolutely offensive and unacceptable. I can now share the full transcript.

On Friday, Louise Carroll, Chief Executive Officer of the National Foundation for the Deaf, called Sean Plunket on Radio Live to discuss closed captioning. Specifically, she wanted to raise the issue that the Rugby World Cup games are not captioned. This is just one of many examples where captioning is needed to be inclusive of New Zealand’s deaf community.

I think it’s pretty clear that Sean was blindsided by Louise’s clear, well-researched arguments, and so he went on the attack.

Look at the number of times he talks over and interrupts her.

His tone and his words are patronising, disparaging, dismissive, and offensive to people with disabilities.

LOUISE CARROLL:                 Good morning. I’m Louise, I’m the CEO of the National Foundation for the Deaf, and I’m also on the International Federation for Hard of Hearing Board globally, and with human rights responsibilities. I live in Auckland, I’m hard of hearing, and I’ve got a lot of knowledge about the Convention on the Rights of People with Disabilities, and we have got this major issue with the lack of captioning on Rugby World Cup games …

LOUISE CARROLL:                 … for people like me. So- and under Article 9 of the convention, we have been – which New Zealand signed in 2008 – we have been assured accessibility, and there’s no captioning. We can’t access the rugby game- Rugby World Cup Games like everyone else.

SEAN PLUNKET:                    Oh now Louise you’ve come right out of leftfield at me, but this is interesting, I do think it’s interesting, thank you for calling and raising this issue. How many people do have, you know, hearing disability in New Zealand?

LOUISE CARROLL:                 Well, the World Health Organisation says one in six people have some type of hearing loss, and they estimate by 2050 it will be one in four. So, we’re looking at hundreds of thousands of New Zealanders who want to use captioning. Some will want to use it, and some will need to use …

LOUISE CARROLL:                 … asking what’s going on. Because we had captioning in the last Rugby World Cup series when it was on- put on by TV New Zealand, but it’s SKY TV that are not giving us it. But under UK [indistinct] captioning it all …

LOUISE CARROLL:                 … there was only one of the major programmes that were captioned; most of them, about 75-80 per cent of them were not captioned. So it’s not just rugby, it’s right across everything. So in the UK it’s legislated, and in the US it’s legislated, broadcasters have to fund …

LOUISE CARROLL:                 No, they shouldn’t be. It should be broadcasters who are paying for it out of- like SKY TV and Television New Zealand, that’s what’s going on internationally.

LOUISE CARROLL:                 They actually want to have their access [indistinct] doing an advert for example on a new product that’s come on the market, if it’s not …

LOUISE CARROLL:                 If it’s not captioned then we’re not going to know what it’s about, and so the advertisers are not getting the full value [indistinct] product they’re selling on television …

SEAN PLUNKET:                    [Interrupts] Louise you do have a hearing problem because you’re not actually engaging in a conversation.

Look, I would hate to have a disability like that, a hearing disability. Is it really such a big deal? Has really hundreds of people complained to Louise about this, or is it just let’s jump on the Rugby World Cup bandwagon to push our point? And if it’s a commercial organisation does it have to provide captions? I’m sure if the advertisers are upset about that they would provide captions. I’m not being hard-arse here, I’m also saying it is pretty simple to watch rugby with the sound turned off and know what’s going on. Big letters on the back of those jerseys, big letters. Why not turn on the radio? I’m sure there are radio commentaries somewhere and- oh, no, that doesn’t work does it, bugger. Oh, a semaphore(*) or something. I don’t know, I’m- am I being mean? What do you think? Guys, give us a ring on 0800 844 747.

Ok, I’m just going to take a moment to point out these particular things in that last bit after he has hung up on her:

– I would hate to have a disability like that

– Is it really such a big deal?

– It’s pretty simple to watch rugby with the sound off and know what’s going on (which harks back to him just telling Louise to go off and learn the rules, memorise the numbers). “Big letters” he says – it’s so patronising, it’s unbelievable.

– Why not turn on the radio… oh, no, that doesn’t work does it, bugger.

I try not to swear in my posts, but if I did…

Sean asks – how many people does [Louise’s issue around closed captioning] this actually effect? Well, what he doesn’t seem to get is that it doesn’t just effect people who are deaf or hard of hearing who might want to watch the Rugby World Cup. We have 700,000 New Zealanders who are deaf of hard of hearing. That’s… a pretty big slice of the community.

However, Sean made the issue much bigger by the way he spoke to Louise. I am not deaf or hard of hearing, but I am a New Zealander with disabilities.

Hearing a radio presenter say things like “I’d hate to have a disability like that” and dismiss a person with disability’s difficulties as “no big deal” is extremely offensive and upsetting.

After he hung up on Louise, Sean then accuses her of jumping on the “the Rugby World Cup bandwagon” as an opportunity to advance her cause. Oh my, what an awful cause! And how precocious of her! How dare she see something that people in this country actually care about, and take that chance to remind us that everyone might like the option to participate.

I am going to try and work on the following:

1. A complaint to Mediaworks

2. A complaint through the Broadcasting Standards Authority

3. A letter to the Human Rights Commission.

As you’ll all be aware, my disability leaves me with very little energy, so if anyone can offer help with these things, or would like to do their own to add to mine, I would much appreciate it.

Thank you for your support. 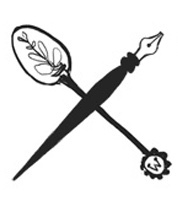 I have submitted a complaint to RadioLIVE under the “denigration and discrimination” clause. As follows:

On Friday, Louise Carroll, Chief Executive Officer of the National Foundation for the Deaf, called Sean Plunket on Radio Live to discuss closed captioning. Specifically, she wanted to raise the issue that the Rugby World Cup games are not captioned.

His tone and his words were patronising, disparaging, dismissive, and offensive to people with disabilities.

He invoked her disability as a reason for their disagreement, and a reason to hang up on her. “You do have a hearing problem-” which is discrimination.

He speaks over and interrupts her throughout the conversation.

Following hanging up on her, he continues to argue his own point and denigrate her intelligence by suggesting she should just learn the rules of rugby. “I’m also saying it is pretty simple to watch rugby with the sound turned off and know what’s going on. Big letters on the back of those jerseys, big letters.”

He then says: “Why not turn on the radio? I’m sure there are radio commentaries somewhere and- oh, no, that doesn’t work does it, bugger” which is offensive. He is making fun of deafness. That is denigration.

He then asks if he is “being mean” which belittles Louise and the importance of the conversation around accessibility for deaf and hard of hearing people. It is not about meanness or niceness. She was not asking for him to be nice, and neither am I. I am expecting public broadcasters to be respectful and not discriminate against or denigrate people who call them.

One Reply to ““Am I being mean” asks Sean Plunket”