#NZBookMonthMay is a response to the indefinite postponement of NZ Book Month. The future of many local literary events is looking less than bright as commercial sponsors withdraw support. So we’re taking the opportunity to celebrate the books and authors we love.

New Zealand’s hither to rich literary landscape is at risk. Not because we don’t have great writers, publishers, and bookstores, but because funding, like in many other necessary areas, has become so tight that the things that make the industry what it is are become less and less viable.

“New Zealand Book Month has been postponed indefinitely as the trust that governs it failed to get funding, the Literary Awards are on hold after BNZ pulled its funding and The New Zealand Book Awards had a shake-up after NZ Post withdrew their funding last year.”

It’s hard to argue with the current financial climate, and the reality of publishing as traditional books make way for the rise in eformat. But what we can do is continue to show our appreciation for the books and authors we love. Buying them is the best way to do that, obviously – but sharing our favourites and encouraging others to seek them out is great too. That’s what the hashtag #NZBookMonthMay is for. Use it on Twitter, Facebook, Instagram, your blog… anywhere.

We’re meant to tweet one daily, but I just thought I’d rip through a quick list of some of my faves here too.

Bliss and Other Stories – Katherine Mansfield. Needs no explanation!

Book Book – This was the first thing I ever read by Fiona Farrell, and I adored it. Bought it for the pun, stayed for the writing.

The Penguin Book of Contemporary New Zealand Short Stories – Edited by Paula Morris. It has some fantastic early work by people like Eleanor Catton and some by Vincent O’Sullivan and Witi Ihimaera and other more established writers.

Magpie Hall – by Rachael King. God I love this book. Tattoos and vintage clothing and historic stories and perfect writing.

Essential New Zealand Short Stories – a collection of our best from Mansfield through to now, edited by Owen Marshall.

Scarface Claw – Lynley Dodd. I love all the Hairy Maclary books, but, being a cat lover, Scarface Claw always had a special place in my heart.

How Does It Hurt? by Stephanie de Montalk (of course). A memoir of pain.

Tell You What – New Zealand Nonfiction 2015. A compilation which includes two of my favourite people, Elizabeth Knox and Naomi Arnold.

Best of the Best New Zealand Poems – I bought this when it came out in 2011 and it was my introduction to many of the names I wouldn’t be without now – Hinemoana Baker, James Brown, Ashleigh Young. It’s got some just absolutely epic pieces.

New New Zealand Poets in Performance. One of the reasons I bought this is because it has a big section of stuff by Anne Kennedy, including I Was a Feminist in the Eighties which is one of my favourite poems ever. And it comes with a CD so you can listen to the performances. And it has Glenn Colquhoun, who I also love. 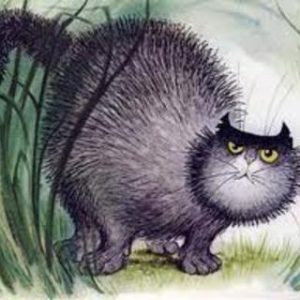