As the National Party implodes and MPs are dropping like flies, I’m celebrating one retirement in particular. Paula Bennett. Her announcement fell at the same time the Greens releasing their Poverty Action Plan. The stark contrast in policy was a prompt that my life could have been very different…

Whatever it is, something is going on inside the National Party. And with JuCo at the helm, I can really only see things getting worse. But for a second, I’m going to step back in time and into the ‘World of What If.’

I don’t like to live in that world. It’s not exactly fun or healthy. But the stark juxtaposition between Bennett’s smug satisfaction in her 2013 welfare reforms, and proposed new Green approach Election 2020, forced me to consider how different my life would be. 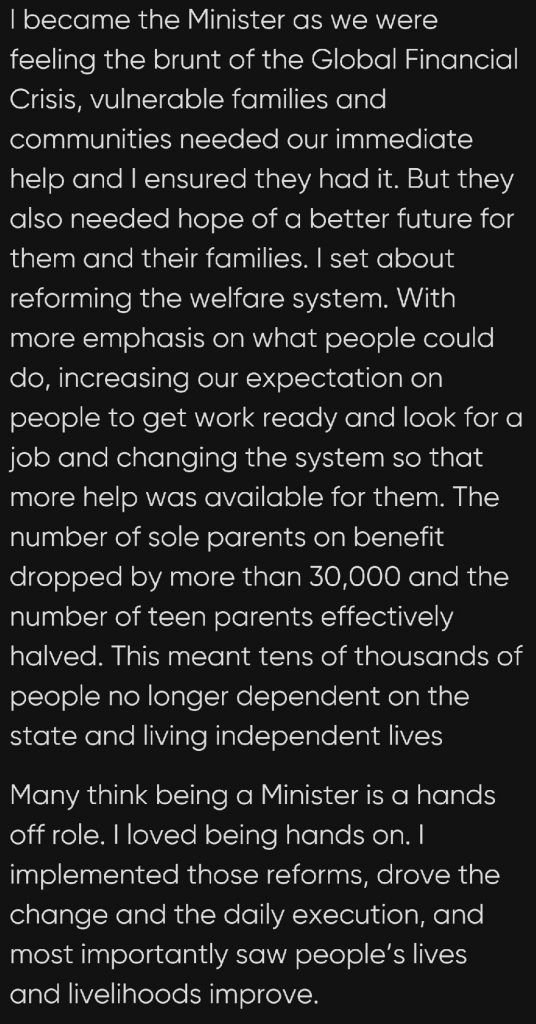 It literally blows my mind that anyone would believe this. Click for full statement, if you feel like a bit of nausea in your day.

For context, here’s a potted history of the last seven or so years. I’ll be as brief as possible, but if you already know the story, feel free to skip ahead.

And that brings me to my last couple of posts, Head Injury Part I and 11. Despite my jokes in those posts, head injuries and concussion are obviously very difficult, and at first I was surprised how supportive ACC was.

In comparison to WINZ, ACC was (initially) in no hurry to get me back to work. They contracted my rehab, and paid me while I couldn’t work. They said repeatedly that head injuries cannot be rushed. That message changed when I didn’t recover at the rate they required.

Maybe it’s extrapolating, but I believe if I hadn’t been so stressed, fatigued, and in pain from working too much, I would never have hit my head in the first place. No, I’m not blaming WINZ or Paula Bennett for the fact I smacked myself in the face, but I have to wonder how much less stressful going back to work, moving in with someone, and then trying to recover from injuries would have been under the Green Party’s proposed plan. For one thing, I wouldn’t have had to manage returning to employment as well as my long-distance-turned-live-in relationship at the same time. So let’s do it: comparison time. 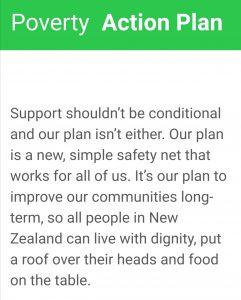 So. In the World of What If…

One Reply to “Bennett is gone – but what would it have been like if she’d never been?”