“Everything Happens So Much” was one of the best tweets to survive from the infamous horse e-books, a parody account that was always too smart to be fake. Everything does happen so much. Look at it – it’s doing it right now.

For the past few years, while I’ve only managed freelance work, I’ve been preoccupied with my main job: being sick. It’s a full-time slog. And while I am actually employed, the majority of that Illness Admin hasn’t dissipated. In fact, there’s more water balloons to keep in the air than ever.

Recently a coach told me about ‘time pathology,’ a term apparently coined in the 1940s, though it sounds like such a modern malady. Time pathology is the way we think and talk about time – ie, ‘we’re running out,’ ‘I don’t have enough,’ ‘I can’t find it.’ It’s a breathless antithesis to that other modern preoccupation – mindfulness.

To me, time pathology is innately human. There’s no escaping the fact that we don’t have all the time in the world – not for ourselves, our relationships, our families, our planet. We’re finite beings, and so is the earth around us. To become adult is to come into the shockingly realisation that our youth will not last, whether we realise this early or, for some, side-eyeingly late.

I was an early learner. I began to fear death, not just as a far-off concept or a cartoon character, but as a tangible sense of imminence, by about seven years old. I wasn’t a morbid child; I was just the result of depression and anxiety. Death was not a fascination so much as it was a thing to run from.

And run I did, for many years. Getting sick was probably the inevitable conclusion to all that denial, or so it seems, looking back. Of course, getting sick was going to throw me right up against the wall I fought so hard. After such stark reminder of my own fragility, and with fatigue weighing me as if an ocean lay on my limbs, I had little choice but to contemplate the meaning of my existence. I did not think it had no meaning. But time is a bizarrely malleable thing. We all know this – when we’re enjoying ourselves, we say it “flies.” When we are not, it “drags.” Einstein’s relativity aside, this is about perception. And my perception, as I stared at the ceiling week after week, was that time was both infinitely too long, and infinitesimally small.

While the admin of being sick began to eat up those hours – medical appointments, research, tests, more tests, learning new diets, moving to new houses, counting pills, fighting WINZ, literal and metaphorical waiting rooms inside each other like so many Russian nesting dolls – what I noticed most about being sick was the stickiness of the moments between.

I began to learn tricks to fill in time. I wrote letters. I devoted myself to my family and friends. I took three quarters of an hour to walk around the block. I invented reasons to talk to people. I felt that I was mind-numbingly boring – but I battled on anyway, publicizing my thoughts and experiences, reaching out to friends I was sure must be ready to be done with me, always hungry for new ways to inch the clock forward.

One of the best things to come out of being sick was that time to devote to others. I grew so many new friendships and became part of communities I never knew existed. I often felt too tired for people – but I never felt that I did not have enough time.

Now, however, things have changed.

If I thought I was learning balance before – this med with that med, this advice to that advice, this test against this outcome, the pain caused by rest caused with the pain of fatigue – now, I am dancing on a thimble juggling water balloons.

At any one time, I only have two hands. All water balloons must stay in the air, be caught gently, and be tossed just as gently back up. If any of them falls, I will feel like I failed.

My new job – re-learning how to be an employee – is a water balloon, stretched tight, skin translucent and glistening when it catches the sun. My relationship is a water balloon, so full it makes my heart want to burst. My illness, my family, my dear friends, my finances, my eating well, my exercise, my housework, my, my, my, my. Innumerable ‘my’s’, all competing to stay cradled in my hands or safely in the air. 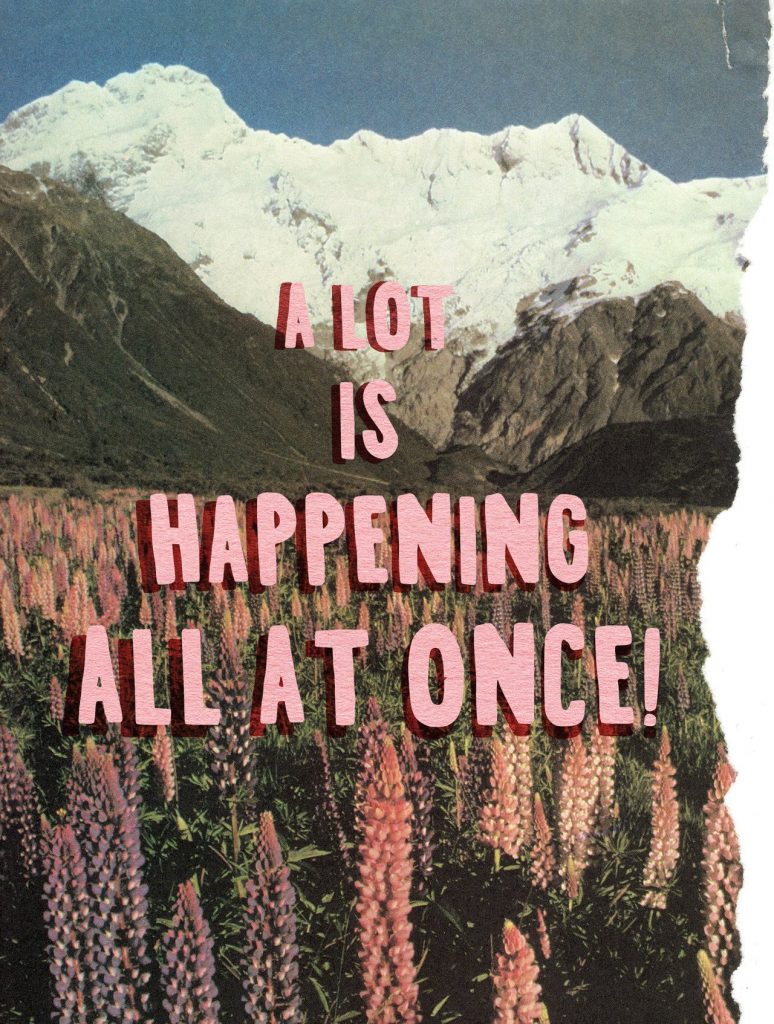 I am aware that the situation is far from unique. Nearly everyone feels like this – so many pressures from every direction, the challenge of prioritising, the fear of missing out, of letting a water balloon hit the concrete and split open, leaving only a splatter and scattered pieces of twisted rubber. We all must juggle, this itself is not a competition.

Time pathology, for me, feels far more intense than it used to. I have an acute sense of being inside one of those rooms where one wall is shifting inwards, threatening to crush you against the other. That wall is the moment my energy runs out. I have less energy than a healthy person – my wall begins much closer in.

I have been counselled to move slowly, to take breaks, to learn the art of rest. You’d think that, after seven years of rest, I might be quite good at it. You’d be wrong. Rest is anathema to me. Rest is a waste of time; the wall is coming. Instead, I have learned to make hay while the sun shines – even if doing so breaks my back. At least then, when the sun is gone, I will have a bed to sleep on.

This is illogical thinking. Even if I had not been so counselled by many, many people much smarter than I, I would hope that I would understand that rest does not bring the wall closer. Rest staves it off. Rest is the water inside the balloons that is vital to nourish me. Without rest, the grass will not grow to make the hay.

I am beginning to mix metaphors.

The point of this post was to talk about my fear that I will let everyone in my life down, most of all myself. That I face, suddenly, what feels like a mountain of responsibility. In the distant past, I managed all of this. I worked fulltime, I went to yoga, I spent time with my friends, I had relationships, I cooked, I ate. Now, that life feels so far from me, it may well have belonged to another person. Now, I have a chronic illness. Now, I must face The Wall.

In my last session, my coach asked me to list all the things a ‘capable person’ does. I began to talk. And talk. And talk. And at the end of it all, she read the list back to me, and I collapsed in hysterical laughter – because I sounded utterly ridiculous.

The only way the Wall and I are every going to happily co-exist – and we must, because neither of us is going anywhere – is if I accept that the balloons are an illusion. Not just for me – for everyone. No one has all their balloons in the air all the time. No one is 100% committed to every single thing they do. ‘Capable people’ don’t expect that of themselves. ‘Capable people’ know their limits, communicate them well, and let themselves stop dancing.

Even if all the hay isn’t made, the sun will still shine. And the happiest of us will stop, and sit in it.