The Ministry of Justice might be set to review the way we request information from any government department. I wrote about this under the headline The Right To Know, but it’s more than that. It’s the right to understand – and that’s utterly crucial for democracy.

MoJ’s public submissions about the review of the Official Information Act have closed, and it doesn’t look like they’ve made any comments about the content of those submissions, or next steps.

Stuff’s Redacted campaign went a long way in explaining why the OIA is so important, and how in its current state it is an best dysfunctional, and at worst intentionally misused. Here – The OIA is broken but we are not keeping track of how badly – you can get an idea of how many OIA requests different government departments receive, and how many they actually answer in full. The figures – and facts – are pretty woeful.

Stuff demonstrated how officials can use the current OIA rules to withhold information, and also suggests ways in which this could be fixed.

I’m interested in this both professionally and personally. I’ve used the OIA to get information I needed as a journalist (or attempted to get it and been evaded), and I’ve used it to request personal information, with varying success.

You’d be within your rights to assume that information about you would be available to you, if not belonging outright. But you’d be wrong.

You may remember this Government pledged to be the “most open, most transparent Government that New Zealand has ever had”.

It’s time to live up to that promise.

In February I documented my attempts to get answers about 66A, the section of the Social Welfare Act that allows some disabled people to earn more money than others.

I explained the process I’d been through so far – finding out that 66A existed, getting legal help to apply, being rejected, and eventually resorting to using the OIA to try and find out more.

The Ministry for Social Development failed to answer most of my 11 questions, submitted in December. In early April, I got a letter from the Minister in response.

When answering OIAs, agencies can choose not to release certain data. but they need a good reason to do so. One reason they use quite often however is that the data would take too much time to put together, therefore taking resource away from public servants.

This is what MSD told me. I can understand that, however, I feel that the data I’ve asked for should already be readily available to them, not disparate, untracked or requiring manual collation.

It’s disappointing to wait months to try and get a proper picture of how a piece of legislation is being used and therefore how it impacts beneficiaries’ lives – only to end up none the wiser.

Chiefly, I wanted to know more about the administration of 66A. How is it being used; how many people are accessing it? And why do people who are legally blind automatically receive an exemption, while others on the Supported Living Payment do not?

MSD told me that this data is only kept in individual case files and would take too long to manually collate. So they couldn’t tell me how many people apply for or receive an exemption under 66A.

Their answer about the automatic exemption for people who are legally blind was also a non-answer. “It’s old legislation.” Making changes to that would require new legislation, they said.

Yes. It would. The sort of thing that happens in government every day. 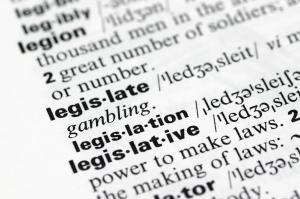 “Historic” legislation doesn’t answer my question. Why was it created in the first place? I understand there’d be a process to adapt it now, but we’re creating one set of rules for one type of disability, and another for the rest.

I want to be explicit that I’m not suggesting at all that people who are blind shouldn’t receive the exemption. What I am questioning is the differentiation.

My final request was for comment from the Minister for Social Development and Minister for Disability Issues, Carmel Sepuloni on the administration and purpose of 66A.

The letter begins by pointing out that 66A has been replaced by “clause 44 to schedule 8 of the Social Security Regulations 2018,” which is unremarkable apart from needing an editor (it’s clause 422).

It goes on to explain background I already know; that the income exemption is for people with ‘severe disablement,’ which ‘requires a more global enquiry into the person’s overall circumstances.’

The Ministry has policy guidelines to decide whether someone fits this criteria, and they involve at least one of their Health and Disability Advisors.

Sepuloni gives other options for support and financial assistance for people with disabilities or illness.

And makes note that the report from the Welfare Expert Advisory Group is currently being analysed by officials and is intended for public release in April.

This is a significant piece of work and it will help inform how we can make out social welfare system fairer and more accessible to all New Zealanders. It is important that any changes we make to the welfare system are effective and enduring.

If I hadn’t developed so much cynicism in the past five years, I’d almost feel hopeful about that. Having said that, it’s the end of April. No report.

The problem with the response from MSD is that while they have, in some cases, provided information, I don’t understand any more than I did before. I understand the what but not the why. The Minister’s letter appears frank, but it followed a response from the Ministry that left me confused and frustrated.

As I said in the beginning, understanding is a crucial outcome of the Official Information Act. We not only have a right to know information, we also need to understand it to be able to fully participate in a democracy.

I’m sure I’m not the only one who’s going to be looking out for that report.

2 Replies to “The right to understand”