To be a writer is to be alone. All of us know this. We know that to work, we must be solitary. Yet, we must also cultivate a life to write about, and a barometer for sanity. How do we do both?

As a freelance writer, I spend the majority of my working hours alone. It is not a natural state for me, and the idea that all writers are introverts is clearly untrue. I am extremely sociable, and I think the same must be true for many journalists. I don’t think we’d do the work we do if we weren’t interested in people. And if I don’t get enough contact, I quickly start losing sight of sanity.

Sometimes I make up reasons to do interviews, just so I can hear a voice that isn’t my own. Sometimes I call up my old writing mentor and whine about having an existential crisis so I can be reassured that I am not a terrible hack devoid of talent, wit, or any likable personality. I quite often find myself wondering if, like Liz Lemon as the writer in 30 Rock, I will choke to death on an olive in some dire meal-for-one, leaving forty-seven draft emails and ninety-five inexplicable tabs open on Google Chrome as my sad obituary, and they’ll only find me after the cat starts eating my fingers.

I read Ashleigh Young’s speech about the business of writing a couple of days ago, which left me feeling in equal parts validated and anguished. What was the point of trying to write when someone is already doing it and they’re really good, I thought, ignoring the trifling fact that the world does actually have space for more than one writer. I wanted to feel sorry for myself, and boy was I going to give it my best shot. The validation bit was kind of anguishing as well, because while it is really nice to hear that a really good writer struggles with the same difficulties we all do, what that tells is I could write a truly fantastic and valuable book, win awards and acclaim in the eyes of my peers, work a very satisfying day job, and I’d still be having these same problems. So there’s really no way out.

To be a writer is to be alone, but it’s a shared hell for those of us choosing this life. 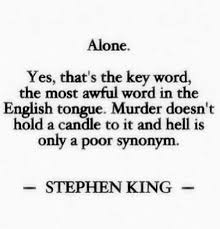 The issue with isolation isn’t always the aloneness itself – it breeds other problems. The two main ones are procrastination and loss of self-confidence. These feed on each other. The more you procrastinate, the more you convince yourself you are definitely a talentless fraud who has never, and will never, produced anything of worth – and the harder it is to convince yourself to sit down at the computer.

In her speech Ashleigh talked about how all work is just the work of trying to avoid more work.

This is absolutely true. Never do I do better writing than when I am writing something other than what I’m supposed to be writing.

If avoidance was an Olympic sport, my medals would fill the rooms of multiple mansions.

And yet, when anyone asks me what I do? I say writing. Who am I? A writer. There is no greater joy and no greater agony. It is my singular purpose, it fulfils me completely, and I hate it with a passion.

Writers are expected to say that their great novel “just happened.” that it had been “living inside them” – as if the act of committing words to the page wasn’t akin to sliding penknives under our fingernails.

We’re expected to be grateful for what is clearly a God-given talent, a natural, undeniable calling. Artistic beauty. Something that comes easily and often and always for the benefit of others. 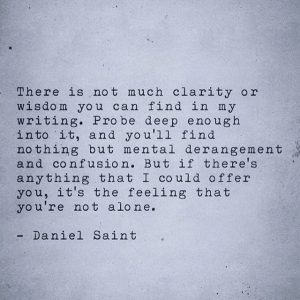 Every writer has a different process. One of my key avoidance tactics is to read other writers’ writing about writing and to call it research.

This comes somewhere in between being perched on the edge of my computer chair like I might take flight at any moment, slouching so low in that chair that I’m pretty much perpendicular to the floor, and prostrating myself on the couch, holding a book but gazing into the middle distance like I’m the protagonist in some very, very sad music video.

The next stage may or may not involve a slow barrel roll off the couch and onto the rug, accompanied by a low, continuous moaning.

Perhaps one of the only good things about the alone life of the writer is there is usually no one to witness such pitiful behaviour.

The problem at this point – the low-moaning point – becomes something along the lines of the old saying: “Wherever you go, there are you are.”

You cannot get away from yourself, or the story, and the longer you try to do so, the more the self-loathing will increase.

“All you have to do, Sarah,” says my former writing mentor and dear friend Steven when I call him on Wednesday afternoon to announce I am never writing anything ever again, “is believe in yourself.”

“Is that all?!” I exclaim. “Well why didn’t you say so? Cripes, we could’ve saved each other hundreds of hours by now. By golly, believing in myself. Why didn’t I think of that one?”

I’m lucky that Steven is one of the people who taught me the art of sarcasm and so these histrionics don’t get me hung up on, which is no less than I deserve.

He’s right, though. He often is, which is why he’s the mentor and I’m the whiner. 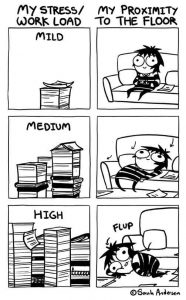 Speaking with other freelancing friends brings the same message. Yes, most of the time we are lone wolves, lean and hungry on account of never getting invoices paid on time (I hope none of my editors are reading this, hi, I’m sorry), most of the time there’s no real guidance or support and we just have to fling ourselves out there and hope we net a fish in the form of a cover story. There’s no paid professional development like in an office job, there’s no nine-to-five structure outside of which you can switch off, and there’s no team drinks on Fridays. If you’re lucky, there’s you, with half a glass of pinot gris at 11pm on a Sunday, the glow of the laptop lighting your stupefied face as you try to file something for a Monday deadline that you should’ve done weeks ago but you were too busy being in a music video on the couch.

I asked another Successful Writer Friend what to do about this aloneness and floor-rolling. Her answer was equal parts Existential Crisis, and reassuring.

“Just start,” she said. “You start, and you keep going, you keep on going, and eventually, you get something.”

Obviously, this caused a Crisis because I had no idea how to start and I really didn’t want to, but it was reassuring because there is no secret. There is no amazing process or app or self-esteem hack that every single successful writer is using and I am not. Nothing is being withheld from me here.

This also means there is nowhere left to hide.

When it comes down to it, there’s only you. Yes, having reassurance and feedback and community is helpful and vital – you can’t write if you don’t have a life to write about, and sometimes you need nothing more than someone else saying “Just start” to finally get you off the couch and back in front of the computer. But that’s where the buck stops.

It’s just you, the laptop, and the cat. And if you’re lucky, she won’t start eating you fingers first. 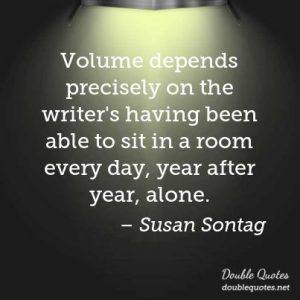