I don’t even know what show that’s from – I’m hearing it in some sort of robotic voice? – but what I’m actually thinking is “Imposter alert!” because I’ve been struggling a lot lately with imposter syndrome.

I didn’t know imposter syndrome was a thing until a few years ago. I just thought I had chronic anxiety and questionable self esteem – which I do, but that’s besides that point – so it took me a while to catch on.

Imposter syndrome is “a concept describing individuals who are marked by an inability to internalize their accomplishments and a persistent fear of being exposed as a “fraud.” 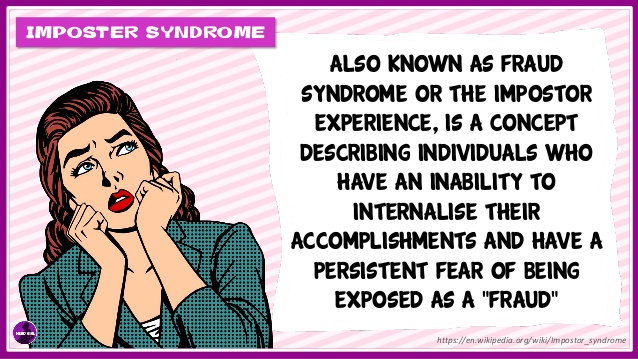 Somewhat reassuringly, this experience is common amongst high achievers. Neil Armstrong purportedly said at an event “I just look at all these people, and I think, what the heck am I doing here? They’ve made amazing things. I just went where I was sent.”

And Neil Gaiman replied something like “Yeah mate but it was the moon.”

This blog has a good rundown of other accomplished people saying ridiculous things, and some ideas about why.

Honestly though, if Maya bloody Angelou felt that way – what chance do I have?

I guess my response is that I have two tricks I use to try to fight the little voice in my head that tells me I’ve done nothing that’s worth anything, or ever will.

The first is my list of evidence. As it says in that definition, people experiencing this syndrome have difficulty internalizing facts that show they are, in fact, completely capable of doing or being the thing they think they can’t. So even when they have objectively achieved greatness – ie Maya Angelou – their brain still goes “nah, you’re just real good at pretending. You’ve got eeeverybody fooled, that’s the only thing you’re good at” 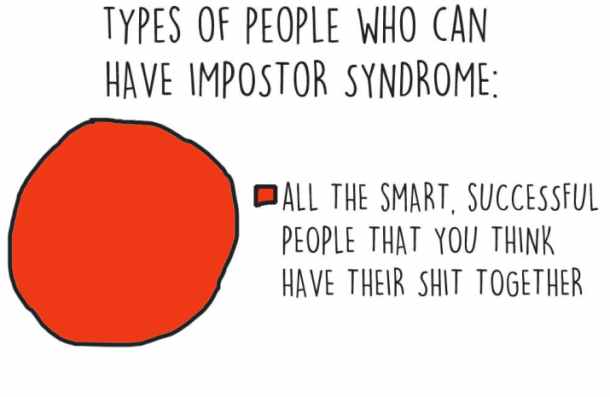 In order to convince myself I’m not “real good at pretending” I keep a document where I save facts and comments from people that demonstrate good things about me. This sounds so lame, I know! Like this little compliment basket I just roll out when I need it. But honestly, I highly recommend it. Testimonials and kindnesses are ephemera and easily forgotten. Use your copy-paste fingers and record it all. Next time your brain is being a jerk, you can provide yourself with conclusive outside evidence that it doesn’t know what it’s talking about.

The second trick is switching focus. I know for a fact I am never going to achieve enough to make that voice completely shut up. I could write a hundred books while living on the moon and it still wouldn’t make a jot of difference. I’d think “Oh god, I gotta skype earth in like five minutes, they’re going to ask me why I haven’t written anything lately, they’re gonna know I haven’t changed out of pyjama pants in five days.”

So I have to switch it out. Instead of trying and failing to “achieve enough,” I focus on the fact that I am enough, in the moment. Me, as I am, just being me.

It feels hugely uncomfortable to do that. I hate it! I have always been goal-oriented, and my health really did a number on me with that one. Because there’s no way I’ll ever be able to Do All The Things. I just can’t. Finding a way to accept that is key.

And then finding a way to be ok with the rest of the world knowing that, too.

Brene Brown, mentioned in that blog post above, writes about vulnerability, and the importance of letting others see our vulnerable selves. That this is the only way we achieve true connection, which is basically the reason for human existence. Yeah, sounds fake, but ok. (I’m being sarcastic, I totally believe that).

And you kinda can’t have imposter syndrome if you’re up front about not being perfect in the first place. It cuts the whole thing off at it’s knees. You’re not trying to pull the wool over anyone’s eyes. You’re just being who you are.

And yeah, as I said, that’s not necessarily comfortable, especially if you naturally the high-achieving sort that this syndrome usually afflicts. But it’s extremely liberating and empowering, and once you do get there, you start to make the sort of real connections Brene Brown talks about.

Honestly, there’s literally nothing I could achieve in my life that would fulfill me more than the people I’m lucky enough to share it with.

And they don’t care if I never change out of pyjama pants.