I finally got my copy of this year’s Sport. There’s a few things in it that left me gasping. Maria McMillan’s exploration of ‘consent, choice, and complexity’ is one of them.

It’s like being at a dinner party with some extremely talented close friends and some extremely captivating strangers. It’s full of comfort and promise, and a hint of danger: the possibility that you might end up in deep conversation with one of those strangers and discover something entirely unexpected about them and yourself. 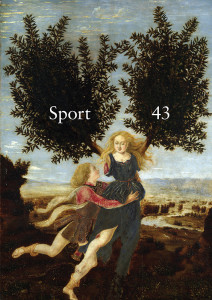 For me, this time, that stranger is Maria McMillan.

This is the first time I have read anything of hers. “It’s Complicated” is a slow build.

It’s not quite like anything I’ve read before. It sets its modern landscape with references to the phenomenon of ‘decluttering,’ and the prevalent and insidious nature of online arguments about feminism. It then narrate – paraphrases in three pages or less – a series of important stories written in 1970 – Marilyn Duckworth’s Over the Fence is Out, Janet Frame’s Intensive Care, and Joy Cowley’s Man of Straw.

She calls these books “perhaps the most sophisticated rendering of consent, choice, and complexity I have ever read.”

I confess to having not read them myself, which I think in the case of “It’s Complicated” was actually a bonus. I don’t know the stories. I only know the points McMillan chooses to share.

The story is divided into ten sections. Sections six and ten are my unequivocal favourites, where I felt again that writers’ empathy I’ve spoken of before. This is where McMillan places the questions raised in the novels as a frame over our own modern lives. This in particular struck me.

“I expect it [reading the novels] to be a kind of side project… unrelated to my frightening online conversations. Frightening because of this compulsion to wrangle complexity into things you can say in a single breath. Frightening because I keep getting told I am judging and I shouldn’t judge. Which seems to be another way of saying don’t think. Don’t think in compound sentences. Don’t exercise your compound sentence privilege.”

I don’t feel so much fear, here, as frustration. There are many important things to say on many important topics. Twitter demands we compress those into an easily-ingested soundbite. It might not hurt the stomach but it sure as hell hurts the mind.

The story finishes (10. The things that we women love to do) with a trio of snippets from stuff.co.nz. A quote from a model about being a feminist, a man  intimidating two girls after they went to police to press charges; “Hitchcock opened Facebook pages, one titled ‘These two girls are stupid little sl*ts… they had a photo of the girls with rifle cross-hair sights over their faces,’  and finally a write-up of Ladies’ Glamour Day at the races. “…to enjoy the things that we women love to do, which is shop and get dressed up.”

It was this particular juxtaposition that really fucking got me. I’m currently working on a feminist piece (well, I pretty much always am), and I thought to myself “shit, if mine can have half as much clout as that last page alone did, I’ll be doing bloody well.”

The careful lineup of resources is fantastic, though they’d mean nothing without such a wonderful curator and writer. This is what I meant by slow build. The novels raise the issues, we look at them through today’s frame – and then we get absolutely slammed by the reality of them. I heard myself asking – What’s changed since 1970? What’s changed for women? “All those dead women. All that fear.” says McMillan, discussing the novels. She may as well be discussing stuff.co.nz any day of the week.

It’s way too easy and way too ridiculous to state that all all women care about shopping and clothes. Some of us do, some of us don’t. In the face of murder, molestation, and online attacks? I’d say most of us fucking don’t.

Apologies for the profanity. This is a topic I care deeply about, and to see someone else write it with such eloquence clearly reduces mine.

All I can really add  is thank you.

Get a copy of Sport.