We’ve seen a fair few women go offline recently due to not feeling safe. That’s not a new thing – I’ve written many times about the cost of having any sort of public profile – but I’ve noticed it now because I want to go. And because I’m losing friends. And I’m not ok with it.

As some of you may know, I’ve received a couple comments that were a bit upsetting. I should probably count myself lucky that it’s only a couple. I’ve been debating the best way to respond.

The truth is: many of you might feel like you know me, but you don’t. You know what I put online, which is only a tiny bit of my life. It’s all true and honest – but it’s the smallest slice of the pie.

And I am under no compulsion to share any more than that. I don’t have to post pics of xrays and doctors’ notes and receipts. I don’t have to expose myself or my family. I don’t owe that to anyone. I really hoped that my honesty would come through in my writing, but obviously some people want to believe the worst.

This blog started off as a way to share my experiences with illness, because I wanted people to know what it was really like. When I first got ill, my worst fear was losing my job and going on a benefit. I believed what I’d heard about beneficiaries. I was terrified of losing my independence, and of what people would think of me. “Bludging off the government/taxpayer.” “Lazy.” “Liar.”

And I’ve heard it all. Since that fateful post last March that drew far more attention that I ever expected, my profile kind of grew out of my control. And I ran with it, because being public gave me power. It meant that I could get important things heard. I got a voice in the media. I wanted to use that to bring attention to miscarriages of justice, to be an advocate, to be a feminist.

But being that person is really hard. Being constantly controversial, the “loud beneficiary,” a woman with an opinion, in the public eye – all that’s hard enough when you’re healthy. And, despite what anyone might say, I’m not. I’m writing this in pain. I always write in pain. I’m always in pain.

I don’t know exactly what these people hope to achieve by attacking strangers, but I presume they want me to be quiet. They’re calling for me to confess and quit. I have nothing to confess, and I’m not going anywhere.

This is about the attempt to silence a woman, on the internet, with opinions. This is about vulnerability, authenticity, welfare, health, and feminism. Oh, hey – those are my key words!

Reading the latest comment, I was reminded of this post I wrote a year ago about hysteria. The word hysterical, and all its relations and inferences, is and always has been exclusively applied to women. It comes from the Greek ὑστέρα “hystera” – uterus. 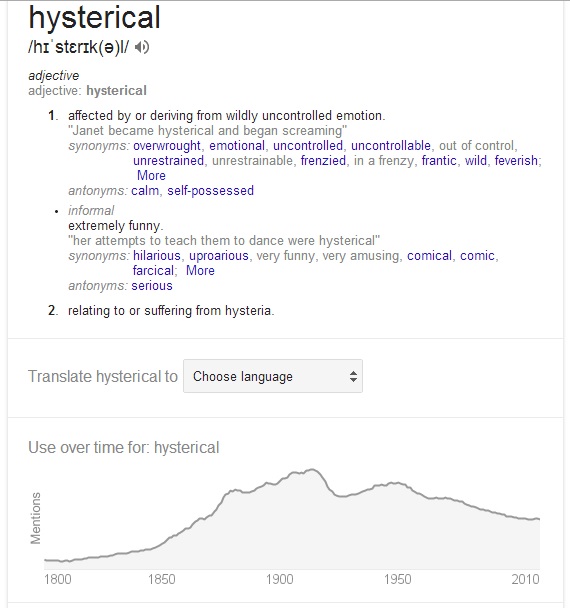 It’s utterly unsurprising that an anonymous man on the internet has told a woman she is overemotional and overreacting. It happens every day, everywhere, a million times over. Using this sort of “diagnosis” to discredit and control women is nothing new. Just look at the reasons men had women admitted to asylums. (source) 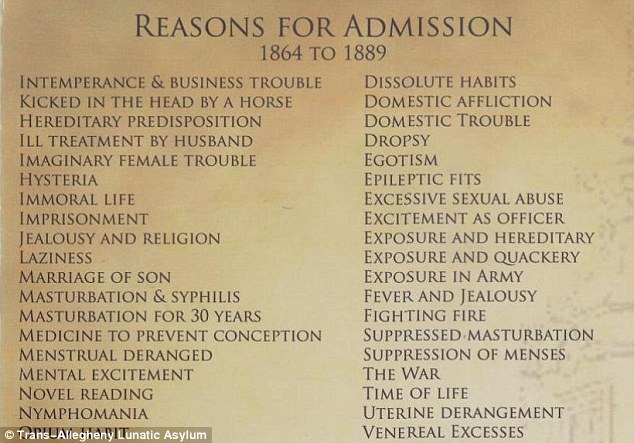 It’s kind of almost funny that I’ve been open and honest about my mental illness, and someone comes along and tells me it’s the “wrong” mental illness. That I’m not struggling “enough” or in the “right” ways.  This is absolutely part of the stigma, and why people don’t talk about it when we all should.

I was speaking to my dad about authenticity. He said I need to draw a line in the sand between my “online life” and my “real life.”

He’s from a different generation, so I’m not sure he realises how hard that is to do. My “online life” is my real life – even if it just a slice of it. They’re extremely interconnected. And it has always been of great importance to me to be as honest and authentic as I can in my writing.

However, I think it’s good advice. It’s very much like some of the things I’ve been learning from my writing mentor, and reading in books like Stephen King’s On Writing and Steven Pressfield’s The War of Art. In order to be a professional writer, you need to separate yourself from the “art.” It’s not your blood on a page. It’s work. It’s half a story. People should be able to critique it without ripping your heart out.

I can see this logically – but I am in these words. I’m not really sure how to “draw the line.” I can’t be anything less than me, and I’m not going to stop writing about topics I care passionately about.

I’ve had to take some steps to feel safe. I’ve deactivated my Twitter. I’ve turned off comments here – and I hated to do that, because I think discussion is really important. You’ll probably notice less personal content here, because I feel like everything I say is ammunition. It’s a very scary feeling to know people are reading your words and storing them to use against you.

One Reply to “Safety vs Speech”